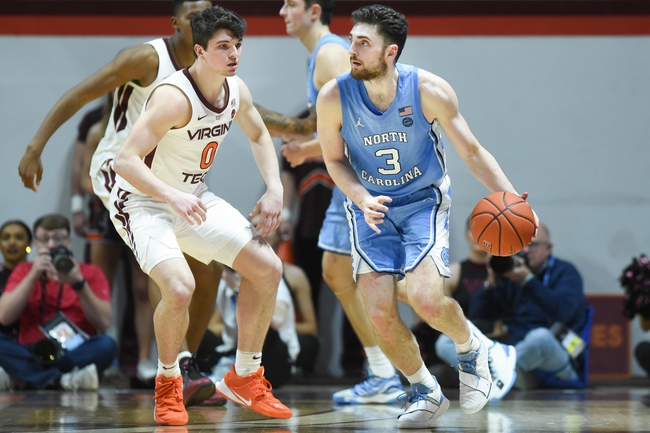 The North Carolina Tar Heels and the Virginia Tech Hokies meet in college basketball action from Greensboro Coliseum on Tuesday.

In the loss to Duke, North Carolina’s leading scorer was Garrison Brooks with 26 points and 13 rebounds. Armando Bacot was also in double-figures there, posting 13 points and 12 rebounds, and Brandon Robinson chipped in 11 points for North Carolina as well.

Over on the Virginia Tech side, they’re 16-15 this year. Virginia Tech is just 1-5 in the last six games, beating Clemson while otherwise falling to Miami-FL, Duke, Virginia, Louisville and Notre Dame.

In the loss to Notre Dame, Virginia Tech’s lead scorer was PJ Horne with 14 points and seven rebounds. The only other Virginia Tech player in double-figures there was Hunter Cattoor, who notched 12 points, four rebounds and one assist.

North Carolina has been hit and miss during the latter part of the season as they make their way through the conference, but there have been some encouraging signs here and there. The Tar Heels are scoring well also, with 76 or more in each of their last four games, and 85 or more in three of those.

Virginia Tech eked out a home win the last time these teams met up (79-77) but that was a while back and the texture will be somewhat different here. Still, this should be a competitive and fairly high-scoring game. If North Carolina has the gas to set the pace on offense, I like the Tar Heels’ chances here.