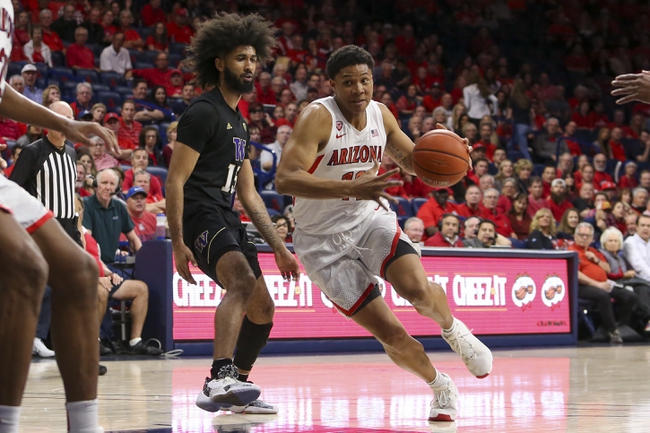 The Washington Huskies and the Arizona Wildcats meet in college basketball action from T-Mobile Arena on Wednesday.

Coming into this PAC-12 Tournament matchup, Washington is 15-16 overall. Over their last four games, Washington is 3-1, falling to Washington State while otherwise beating California, Arizona State and Arizona.

Over on the Arizona side, they’re 20-11 overall this year. During the last five games Arizona is just 1-4, beating Washington State and falling to Oregon, USC, UCLA and Washington otherwise in that stretch.

The Saturday game these teams played was pretty wild; Washington went into halftime with a 38-23 lead but Arizona ended up making a game out of it with 40 points in the second half. It was the first time in four games that Washington had failed to hit at least 74 points, though.

As for Arizona, they’ve been pretty tepid on offense over their last four games, posting 64 points or fewer in three of those outings. I’m not ready to trust Arizona again quite yet, so I’m leaning toward Washington for the cover in this one.

The pick in this article is the opinion of the writer, not a Sports Chat Place site consensus.
Previous Pick
Northern Arizona vs. Idaho State - 3/11/20 College Basketball Pick, Odds, and Prediction
Next Pick
Northwestern State vs. Texas A&M-Corpus Christi - 3/11/20 College Basketball Pick, Odds, and Prediction