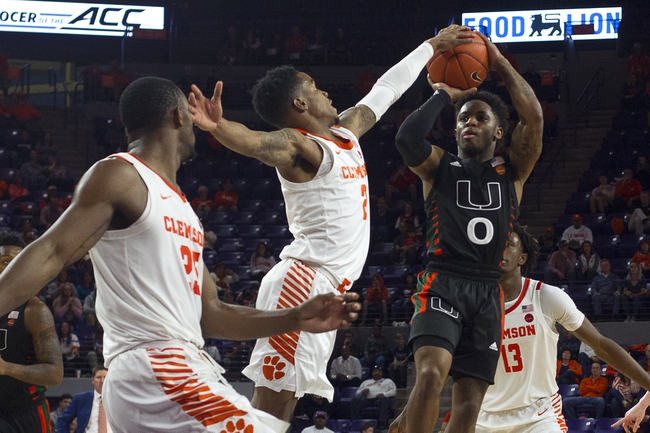 The Miami Hurricanes and Clemson Tigers meet Wednesday in the college basketball ACC Tournament at the Greensboro Coliseum.

The Miami Hurricanes has a head coach who gets his players ready for tournament time and has had some decent success over the years, but this years team simply isn't good and they're losing non-home games by an average of nine points while shooting just 40.4 percent from the field. The Clemson Tigers have issues of their own, but they also have an above-average defense that travels well and can stay in games when shots aren't falling. Miami has shown us time and time again that there's not a whole lot to like about this team. I trust Clemson's defense to grind out an ugly victory and advance to the second round.