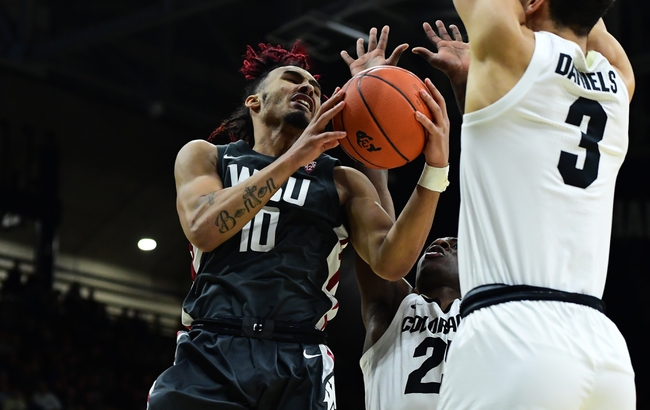 The Washington State Cougars and Colorado Buffaloes meet Wednesday in the college basketball PAC-12 Tournament at the T-Mobile Arena.

The Colorado Buffaloes really limped toward the finish line and are probably a team you should tread lightly with, but there's enough talent on this roster that it wouldn't be surprising if they regrouped and made a run in this tournament. The Washington State Cougars have lost six of their last seven, and they're losing their last five games by an average of 10.6 points while shooting 35.6 percent from the field and 24.1 percent from three. The Washington State Cougars are also just 13-17-1 against the spread on the season and 5-9-1 against the spread in non-home games. I have confidence that the Colorado Buffaloes can turn things around get back on track. I have little use of the Washington State Cougars at the moment. I'll eat the chalk.