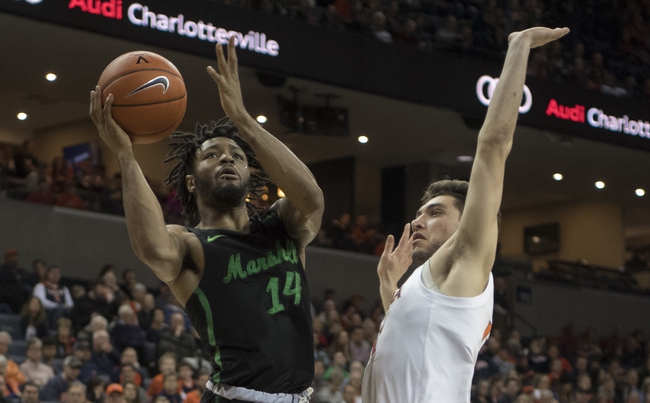 The UTEP Miners and the Marshall Thundering Herd meet in college basketball action from Ford Center at the Star on Wednesday.

Coming into this Conference USA Tournament matchup, Texas-El Paso sits at 17-14 overall. Currently, UTEP is on a four-game win streak, taking out Rice, Southern Miss, Middle Tennessee and Rice again in that time.

In the last win over Rice, Texas-El Paso’s lead scorer was Souley Boum with 25 points, five rebounds and four assists. Daryl Edwards added 22 points, two rebounds and two assists there, and Bryson Williams had nine points with nine rebounds and one assist.

Over on the Marshall side, they’re 16-15 this year. Over their last five games, Marshall is 4-1, falling to UAB while otherwise beating UTEP, Old Dominion, Florida Atlantic and UTSA in that time.

UTEP isn’t the greatest scoring team lately, but over the last three games they’ve stepped up quite a bit. Texas-El Paso has notched 75 or more points in two of their last three, which is a nice turnaround from the consistent sub-60 and sub-70 performances they’ve been putting up lately.

As for Marshall, they’ve been solid on offense lately as well, with 71 or more points scored in each of their last five. This one might be a little closer than some people think, but in the end I think Marshall can power out a cover here.