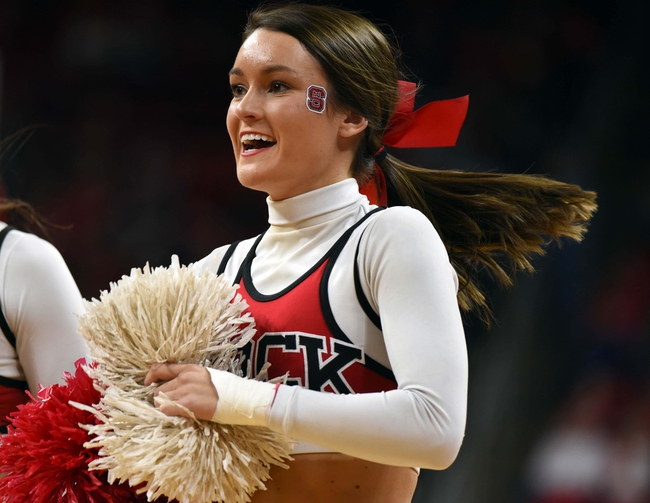 The Pittsburgh Panthers and the NC State Wolfpack meet in college basketball action from Greensboro Coliseum on Wednesday.

Coming into this ACC Tournament matchup, Pittsburgh sits at 16-16 overall. After skidding hard on a seven-game losing streak coming into tournament play, Pitt bagged an opener win over Wake forest 81-72.
In the tourney win on Tuesday versus Wake Forest, Pittsburgh’s leading scorer was Justin Champagnie with 31 points and six rebounds. Trey McGowens added 14 points, four assists and three boards there, and Xavier Johnson, Au’Diese Toney and Karim Coulibaly each had 10 points.
Over on the NC State side, they’re currently 19-12 this season. North Carolina State is 2-3 in their last five games, falling to Florida State and North Carolina while otherwise beating Pittsburgh and Wake Forest in that stretch.

In the win over Wake Forest, NC State’s leading scorer was Derek Funderburk with 19 points and seven rebounds. Braxton Beverly added 16 points, one rebound and one assist there, and Markell Johnson had 13 points with 10 assists and five rebounds.

NC State has turned in some great performances this season, including a signature 88-66 home win over Duke last month. It’s been choppy seas for NC State since then, but to their credit the Wolfpack have faced some difficult matchups during that time.

As for Pittsburgh, they’ve had very few strong games lately, but oddly enough the last time they played NC State, Pitt only lost by four on the road. That said, I feel like that’s more an aberration these days, so I’m sticking NC State here.