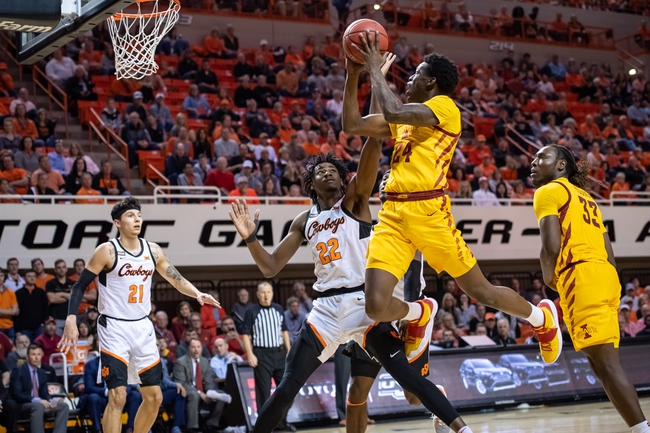 The Iowa State Cyclones and the Oklahoma State Cowboys meet in college basketball action from Sprint Center on Wednesday.

Oklahoma State comes into this Big 12 Tournament matchup at 17-14 so far. Since their last loss to Kansas, Oklahoma State has notched three straight wins over Iowa State, Kansas State and Texas.
In the win over Texas, Oklahoma State’s Cameron McGriff led the team with 19 points, four rebounds and three assists. Thomas Dziagwa added 19 points and one assist there, and Isaac Likekele doubled up on 15 points, 10 rebounds and five assists.

Over on the Iowa State side, they’re 12-19 this year. Iowa State last won over TCU and since then they’ve dropped to Oklahoma State, West Virginia and Kansas State in their last trio of outings.

In the loss to Kansas State, Iowa State’s leading scorer was Solomon Young with 17 points, three rebounds and one assist. The only other Iowa State player in double-figure points there was Terrence Lewis with 11 points, two assists and one rebound.

Oklahoma State has been on a solid run since the Kansas game, and really overall when the Cowboys aren’t playing ranked teams they’re a formidable opponent. Oklahoma State won the last matchup between these squads—which wasn’t that long ago—by a score of 73-61.

As for Iowa State, they put together a pretty solid game versus West Virginia, but outside of that they haven’t been all that competitive across their last six games. I’m going to stick with Oklahoma State here. Should be fairly close most of the way.