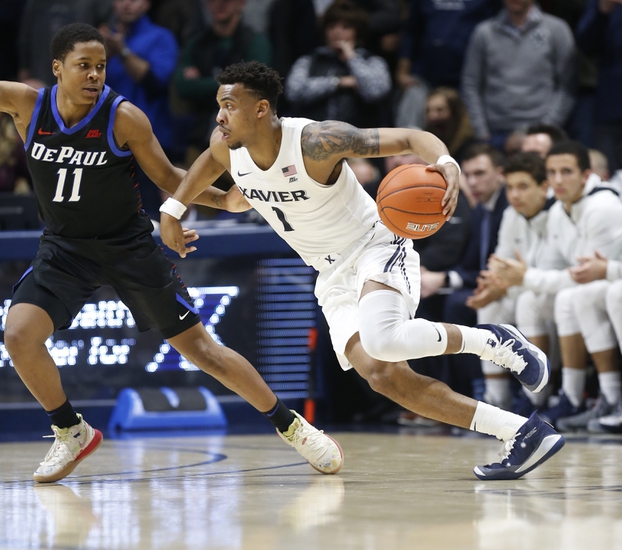 The DePaul Blue Demons and the Xavier Musketeers meet in college basketball action from Madison Square Garden on Wednesday.

Coming into this Big East Tournament matchup, DePaul is 15-16 overall. Over the last four games, DePaul is 1-3, beating Marquette but otherwise falling to Xavier, Butler and Providence in that time.

In the loss to Providence, DePaul’s leading scorer was Charlie Moore with 14 points, six assists and three rebounds. The only other DePaul player in double-figures in that game was Nick Ongenda with 10 points and six rebounds, and both Jaylen Butz and Jalen Coleman-Lands notched seven points apiece.

Over on the Xavier side, they’re 19-12 this year. After consecutive wins over DePaul and Georgetown, Xavier has lost their last two games versus Providence and Butler since then.

In the loss to Butler, Xavier’s leading scorer was Naji Marshall with 21 points, five assists and four rebounds. Jason Carter notched 17 points and two rebounds there and Tyrique Jones had a double-double on 14 points with 13 rebounds for Xavier.

DePaul has been on a down skid over their last four games, never hitting 70 points in any of those outings—including 42 versus Butler and a tepid 55 points versus Providence. The Blue Demons just aren’t a formidable opponent lately.

As for Xavier, even though they’ve lost their last pair of games (against good teams), they’ve remained competitive and finish above 70 points more often than not this season. All things considered here I can’t find a lot of reasons not to take Xavier, and I'll probably stick that way unless the line inflates to ridiculous proportions.