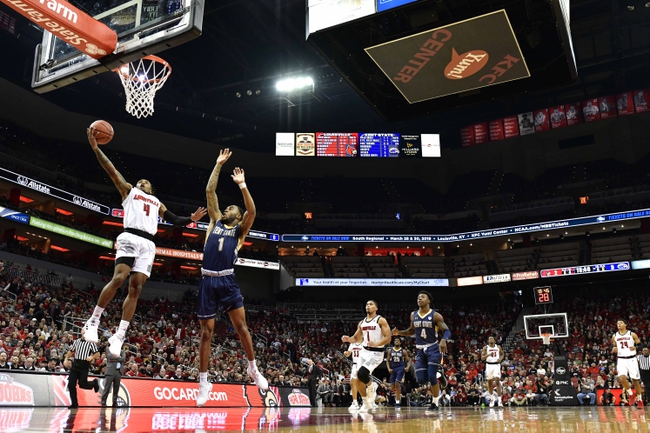 The Ball State Cardinals and the Kent State Golden Flashes meet in tournament quarter-final MAC-tion from the Rocket Mortgage Fieldhouse in a college basketball matchup on Thursday night.

The Ball State Cardinals come into the tournament as a #3 seed, finishing the year with an 11-7 conference mark as part of their 18-13 overall record, winning a share of the MAC West division and winning out on a tiebreaker with Northern Illinois and Buffalo for the higher seed and the first round bye. Tahjai Teague leads the Cardinals in scoring and rebounding with 14.4 PPG and 9.1 RPG while Ishmael El-Amin is 2nd in scoring with 13.8 PPG and Kyle Mallers has 9.5 PPG for Ball State this year. Jarron Coleman also has 9.3 PPG and a team-high 2.9 APG this season. As a team, Ball State is averaging 69.5 points on 42.8% shooting from the field, 33.7% from 3-point range and 69.3% from the foul line while allowing opposing teams to average 62.5 points on 40.1% shooting from the field and 30.7% from 3-point range this season.

The Kent State Golden Flashes booked their spot in the quarters after an 86-76 win over Eastern Michigan last time out. Antonio Williams leads the Golden Flashes in scoring and assists with 14.7 PPG and 3.7 APG while Danny Pippen is 2nd with 14.3 PPG as well as a team-high 7.1 RPG this season. Troy Simons and Anthony Roberts each have 12+ PPG as well this season respectively. As a team, Kent State is averaging 76 points on 45.1% shooting from the floor, 34.1% from 3-point range and 71.9% from the foul line while allowing opposing teams to average 69.8 points on 41.5% shooting from the field and 34% from 3-point range this season.

I get why the lean would go towards Kent State as we’ve seen a lot of lower seeds that had a game to shake off the rust give the higher seeds a run in other conference across the country. However, Ball State was really turning it on down the stretch, holding teams to just 61.4 PPG across their last 5 games down the stretch. Kent State was scoring pretty well in that span, putting up 77.6 PPG, but I just think that Ball State’s defense travels here and the Cardinals are good enough to pick up a win here and advance.