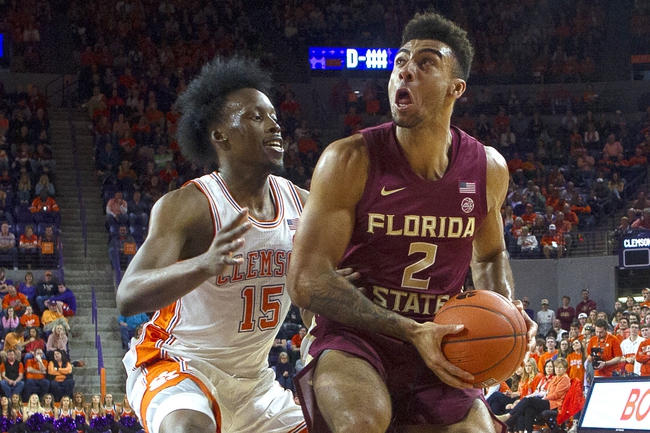 The Clemson Tigers and Florida State Seminoles meet Thursday in the college basketball ACC Tournament at the Greensboro Coliseum.

The Clemson Tigers beat FSU a few weeks ago as 3.5-point underdogs, and while they played yesterday, they're as tough as nails defensively and aren't going to give in despite being big underdogs. In fact, Clemson is a profitable 9-6 against the spread this season as an underdog and 8-6 against the spread in non-home games. The Florida State Seminoles have been impressive overall and have the rest advantage, but they're just 7-7 against the spread when a favorite of at least five points and they can go through droughts at times offensively. This is likely going to be a physical, ugly defensive battle early in the afternoon. Give me the points.