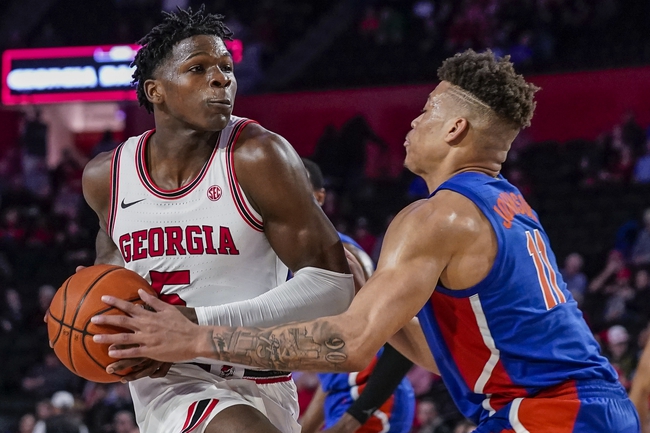 The Florida Gators and the Georgia Bulldogs meet in an SEC tournament second round matchup in college basketball action from the Bridgestone Arena on Thursday afternoon.

The Florida Gators come into the as the 5th seed, finishing the year with an 11-7 conference record as part of their 19-12 overall mark this season. Keyontae Johnson leads the Gators in scoring with 14 PPG while Kerry Blackshear Jr. has 12.8 PPG and a team-high 7.5 RPG this season. Andrew Nembhard is 3rd in scoring and tops in assists with 11.2 PPG and 5.6 APG while Noah Locke has 10.6 PPG for the Gators this season. As a team, Florida is averaging 71.9 points on 45.7% shooting from the field, 34.7% from 3-point range and 72.3% from the foul line while allowing opposing teams to average 66 points on 42.1% shooting from the field and 32.6% from behind the arc this season.

The Georgia Bulldogs punched their ticket to the second round after an 81-63 win over Ole Miss last time out. Anthony Edwards leads Georgia in scoring with 19.5 PPG while Rayshaun Hammonds has 12.6 PPG and a team-high 7.3 RPG this season. Sahvir Wheeler also has 8.8 PPG and a team-high 4.4 APG for the Bulldogs this year. As a team, Georgia is averaging 75.7 points on 44.8% shooting from the field, 29.8% from 3-point range and 70.2% from the foul line while allowing opposing teams to average 76 points on 45.4% shooting from the field and 32.7% from 3-point range this season.

I get Florida being favored in this spot, but we've seen it on multiple occasions so far in these conference tournaments where we've seen the lower seed use the opening game to shake off the rust while the rested higher seed takes some time to get into the game. That being said, this is also a rivalry game as well, and these two teams do not like each other in the slightest. I thought this was going to be a war to begin with, but Florida's been in a lot of close games and haven't been blowing teams away for the most part and Georgia looked good against Ole Miss so I'll take a stab at Georgia and the points in this one.