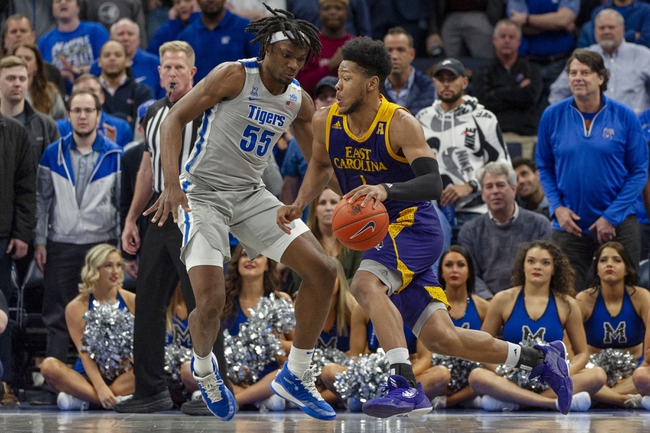 The East Carolina Pirates and the Memphis Tigers meet in college basketball action from Dickies Arena on Thursday.

Coming into this AAC Tournament matchup, East Carolina sits at 11-20 so far. East Carolina is currently on a three-game losing streak, falling to South Florida, Connecticut and UCF in that stretch.

Over on the Memphis side, they’re 21-10 on the year. In the last four games, Memphis is 2-2, beating Tulane and Wichita State while otherwise falling to SMU and Houston in that time.

East Carolina has been pretty underwhelming on the scoreboard lately—which makes sense because they’re not really a big offensive team this year. ECU has been at 68 or below in each of their last four games and has gone just 1-3 during that span.

As for Memphis, they’ve been all over the place scoring-wise themselves, but the good news is that they beat a good Wichita State Team and were reasonably close to Houston in their last outing. I have to stick with Memphis on the cover here. Regardless, this should be a pretty competitive game initially and a fun one to check out.