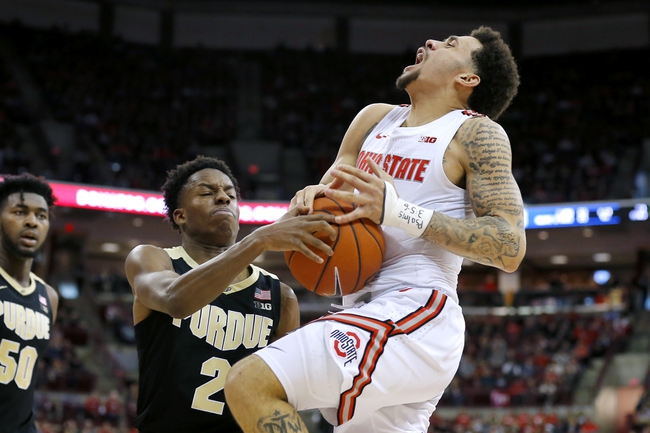 The Ohio State Buckeyes cruised to a 16-point victory in the only meeting this season, and they've been the more consistent team overall. OSU is winning its last five games by an average of 7.8 points, and the Buckeyes are 19-12 against the spread on the season. The Purdue Boilermakers are shooting just 37.6 percent from the field in their last five games, and they're a rough 13-16-2 against the spread on the season and 4-9-2 against the spread in non-home games. The Purdue Boilermakers have the ability to break out of their funk, but the lack of consistent offense scares me and the Buckeyes have been solid for the most part. I'll lay the bucket.