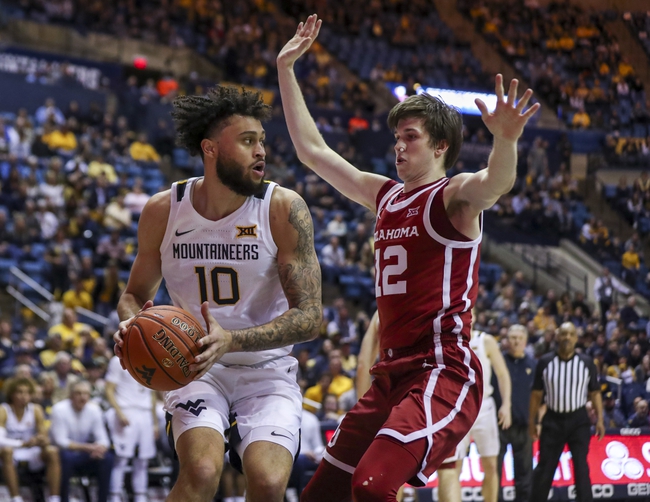 The West Virginia Mountaineers and the Oklahoma Sooners meet in college basketball action from Sprint Center on Thursday.

Coming into this Big 12 Tournament matchup, West Virginia is 21-10 overall. Since losing three straight to TCU, Texas and Oklahoma, West Virginia has beaten Iowa State and Baylor in their last pair.

In the win over Baylor, West Virginia’s leading scorer was Emmitt Matthews with 18 points, four rebounds and one assist. Oscar Tshiebwe doubled up there on 16 points and 12 rebounds, and Sean McNeill had 11 points with three boards and three assists.

Over on the Oklahoma side, they’re 19-12 this season. In the last four games, Oklahoma is 3-1, falling to Texas while otherwise beating Texas Tech, West Virginia and TCU in that time.

In the win over TCU, Oklahoma’s leading scorer was Austin Reaves, who went off for 41 points, six assists and five rebounds. Kristian Doolittle also had an excellent outing for Oklahoma there, posting a double-double on 15 points, 11 rebounds and two assists in the win.

West Virginia is coming off a nice confidence-building victory over a tough Baylor team, but they’d had some issues prior to their last couple of wins. That includes a 73-62 home loss to Oklahoma the last time these teams met up, and that should worry anyone who was looking to pick WVU here.

Oklahoma is one of those teams that can really surprise you with how good they are, or really let you down with wasted opportunities in a game. This matchup should be a pretty awesome battle, and should go down to the wire. I’m going to take West Virginia on the revenge cover here but probably staying away.