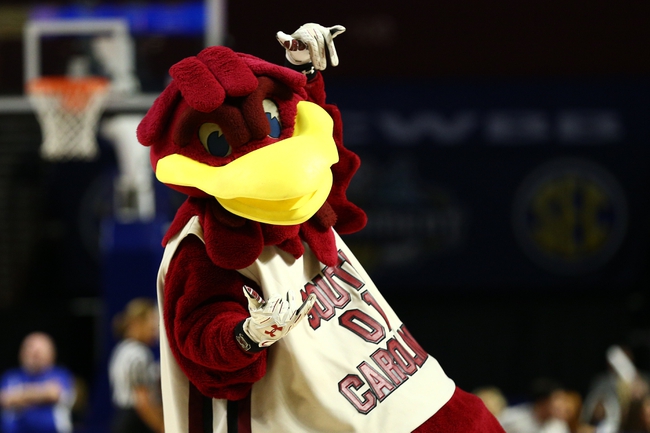 The Arkansas Razorbacks and the South Carolina Gamecocks meet in college basketball action from Bridgestone Arena on Thursday.

Coming into this SEC Tournament matchup, Arkansas sits at 20-12 so far. After going 1-2 in the three-game stretch heading into the tourney, Arkansas managed an 86-73 win over Vanderbilt in the Wednesday opener.
In the tournament win over Vanderbilt, Arkansas’ top scorer was Mason Jones with 22 points, six rebounds and six assists, and Desi Sills added 20 points with one rebound and one assist. Isaiah Joe had a solid game there for Arkansas as well on 18 points, five rebounds and one assist.

Over on the South Carolina side, they’re 18-13 this year. Across their last four games, South Carolina is 2-2, with wins over Georgia and Mississippi State alongside losses to Alabama and Vanderbilt otherwise.

In the loss to Vanderbilt, South Carolina’s leading scorers were Keyshawn Bryant and Jermaine Couisnard, each with 13 points and a combined nine rebounds and one assist. The only other Vanderbilt player in double-digits there was Trae Hannibal with 11 points, two rebounds and two assists.

South Carolina is just 2-4 in their last six games as they try to make their way through some of the conference’s heavy hitters. The results have been less than desirable but overall not too bad considering South Carolina has been competitive in most of those outings. In any case, it’s time for the Gamecocks to settle in and assert themselves.

As for Arkansas, they’ve been on a pretty nice scoring run over their last half-dozen games, posting 78 or more points in five of those games. If this matchup is anything like the last one these teams played (a 79-77 SC win), we’re in for a treat. I think this one will be pretty close as well, but I like Arkansas to keep it going.