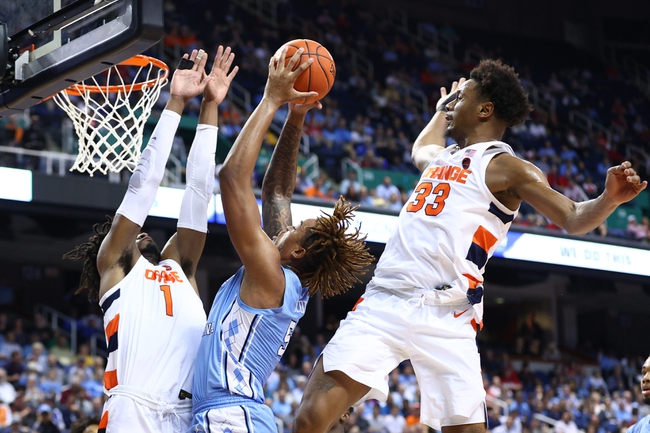 The Syracuse Orange and Louisville Cardinals meet Thursday in the college basketball ACC Tournament at the Greensboro Coliseum.

The Louisville Cardinals smoked Syracuse in their only meeting this season and their balance is going to give the Orange all types of problems, especially with the rest advantage. The Syracuse Orange looked good against UNC last night, but I still question the lack of consistency on the offensive end and if they're capable of making enough shots to hang around. The Louisville Cardinals are one of the more balanced teams in the country, and they win by an average of 12.7 points and allow 38.3 percent shooting from the field when favored. This line seems too small when you factor in the teams and the rest for the Louisville Cardinals. I'll lay the reasonable chalk.