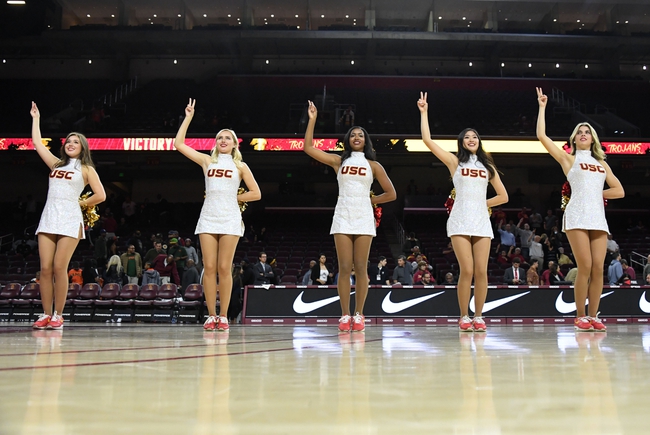 The Arizona Wildcats and the USC Trojans meet in college basketball action from T-Mobile Arena on Thursday.

Coming into this Pac-12 Tournament matchup, Arizona sits at 21-11 on the year. After losing their final pre-tournament game to Washington on Saturday, Arizona got revenge in the first round with a 77-70 victory over the Huskies.
In the win over Washington on Wednesday, Arizona’s leading scorer was Josh Green with 19 points, four rebounds and three assists. Both Nico Mannion and Dylan Smith each scored 14 points there, combining for eight assists and five rebounds as well.
Over on the USC side, they’re currently 22-9 this year. It’s been a three-game winning streak for USC over their last trio, as they’ve taken out Arizona, Arizona State and UCLA in that stretch.

In the win over UCLA, USC’s lead scorer was Jonah Mathews with 19 points, five rebounds and one assist. Onyeka Okongwu was the only other USC player in double-figures there, posting 16 points, six rebounds and two assists, and Nick Rakocevic chipped in seven rebounds with six points.

USC normally isn’t a big-scoring team these days; they make their living with defense and opportunistic play. Across their last three wins, USC dropped 71 on Arizona State but were at only 57 against Arizona and 54 versus UCLA. Long story short here the total should be low.

As for Arizona, they struck back at Washington quite well in that seven-point tourney victory on Wednesday, and they’ll come into the next round on a high note. Still, Arizona just isn’t normally a big-enough scoring team for me to think they’ll go too crazy here, so I’m going to stick with USC on the cover.