Which College Basketball Players Have the Most Assists? 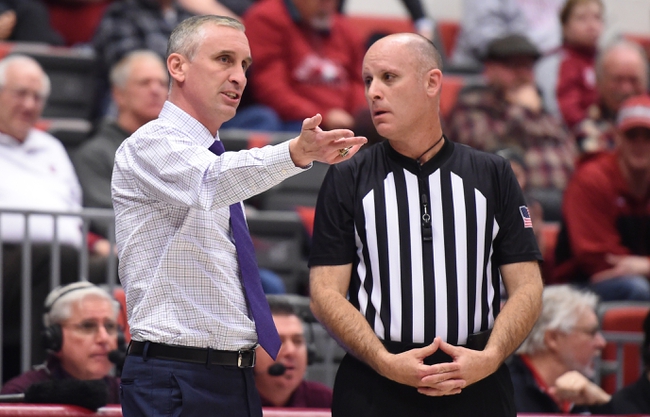 The Division I College Basketball Players with the Most Career Assists

The assist is one of the smartest and most unselfish statistics in college basketball. Players who rack up big assists totals over their careers always make the most of their teammates’ talents, and more often than not they help their schools to great success on the court. Get Free College Basketball Picks and College Basketball Predictions for every game all season long at Sports Chat Place.

These are the Division I college basketball players with the most career assists.

1. Bobby Hurley, Duke, 1,076 (1989-93) - Hurley is a pretty notable figure in what’s a long and talented history of Duke basketball players. While under the guidance of coach Mike Krzyzewski, Hurley helped Duke to two NCAA championships (1991 and 1992) and was a consensus first-team All American in ’93. After a five-year career in the NBA with the Kings and Grizzlies, Hurley moved on to become a college basketball coach himself.

2. Chris Corchiani, NC State, 1,038 (1987-91) - Corchiani holds the distinction of being the first NCAA Division I player to post 1,000 assists in a career. He led the country in APG average during the 1990-91 season with 9.7, and was in fifth place on the NCAA all-time steals list when he finished college. Corchiani went on to a pretty lengthy professional career, playing basketball in the NBA, Italy, Turkey, Spain and Germany.

3. Ed Cota, North Carolina, 1030 (1996-2000) - Cota had some great success with North Carolina during his college days, helping the team make the Final Four during three out of his four seasons in the starting lineup. He was named the 1997 ACC Rookie of the Year and made second-team All-Conference for three straight years. Cota would go on to a successful pro career in Europe, and helped win a gold medal in the 2006 Centrobasket for Panama.

4. Jason Brickman, LIU Brooklyn, 1,009 (2010-14) - Brickman averaged 5.5 assists per game in his freshman season for LIU Brooklyn, and led the Northeast Conference in total assists with 180 as well as assists-per-turnover ratio with 2.81. After becoming the fourth NCAA D-I player with 1,000 assists, Brickman went on to a pretty solid basketball career on the world stage, including a William Jones Cup (Chinese Taipei Basketball Association) championship, three TBSL (FIBA Asia) championships, a TBL (Thailand) championship and an ABL (Southeast Asia) championship.

5. Keith Jennings, East Tennessee State, 983 (1987-91) - During Jennings’ senior year at East Tennessee State, he won the Frances Pomeroy Naismith Award (for the outstanding collegiate senior six feet tall and under) and was a second-team consensus All-American while leading the NCAA that season with 59 percent three-point field goals. Though he was undrafted in the NBA, Jennings played there during three seasons, and also had extensive experience as a European pro before moving into coaching roles.

7. Sherman Douglas, Syracuse, 960 (1985-89) - At the time his college career came to an end, Douglas had the all-time NCAA assists record. He managed three first-team All-Big East selections and was a consensus second-team All-American in 1989. Douglas transitioned to the NBA as a second-round draft choice, and put up a great season in his first year, logging a 14.3 PPG and 7.6 APG as a selection to the All-Rookie First Team.

8. Tony Miller, Marquette, 956 (1991-95) - Miller hit the ground running in college, starting all 123 games he played. He averaged 8.3 PPG and 7.8 APG, finishing his school days with 1,027 total points scored. As a professional, Miller played 13 seasons with teams in the United States, Belgium, Lithuania, the Netherlands and the United Kingdom before moving on to a coaching career.

9. Aaron Miles, Kansas, 954 (2001-05) - Miles stood out enough during his high school basketball days that Kansas came knocking. The Jayhawks got a great player, and Miles helped the team to consecutive Final Four appearances as well as a championship game appearance in 2003. After going undrafted in the NBA, Miles played a season with the Golden State Warriors then moved on to a pro career in Europe.

10. Greg Anthony, Portland/UNLV, 950 (1987-91) - We’ll finish off the college basketball career assists leaders list with Anthony, who helped UNLV to a national championship in 1990. He was a third-team All-American in his senior season before entering the NBA draft, getting selected by the Knicks in the first round. Anthony appeared with six different NBA teams before his playing days came to a close in 2002. His number (50) was retired by UNLV.