Which College Basketball Player had the Most Rebounds for their Career? 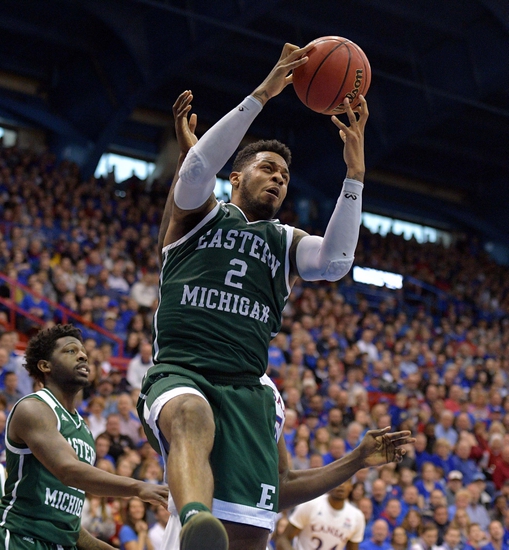 A Look at the Top Ten Players for Career Rebounds.

There have been a lot of great players that have come through the college ranks, whether it was for just one season or multiple years.  Which players had the most rebounds for their career? Let us take a look and see who made this list.

1. Kenneth Faried is atop the list for career rebounding, after having an outstanding career at Morehead State from 2007-2011.  The future NBA draft pick collected 1,673 rebounds during his college career. Faried averaged a double-double during his career, totaling 14.8 points and 12.3 rebounds.

2. Tim Duncan is 2nd on the list, after having a great career with Wake Forest.  The future San Antonio Spurs center, registered 1,570 rebounds during the 1994-1997 seasons.  Duncan collected 12.3 rebounds per contest, which helped him average a double-double for his career.

3. Derrick Coleman is number 3 on the list, after registering 1,537 rebounds across his career at Syracuse from 1987-1990.  The 4 year starter averaged 10.7 rebounds per game. Coleman collected 422 rebounds during his junior season.

5. Angel Delgado rounds out the top 5, finishing with 1,455 rebounds during his Seton Hall career.  Delgado accomplished this during the 2015-2018 seasons. The center/forward collected 518 offensive rebounds throughout his 4 year career.  The 4 year starter averaged 11.0 rebounds per game.

8. Lionel Simmons in 8th, having pulled down 1,429 rebounds at La Salle.  The La Salle product played at the university from 1987-1990. Simmons averaged nearly 11 rebounds per contest, across 131 games.  The forward totaled 455 offensive rebounds.

9. Anthony Bonner is number 9, after collecting 1,424 rebounds during a 4 year career at Saint Louis.  Bonner played at Saint Louis from 1987-1990. The forward averaged a double-double during his college career, registering 10.7 rebounds per game.

10. Popeye Jones rounds out the top 10, finishing a career at Murray State with 1,374 rebounds.  Jones played at Murray State from 1989-1992, collecting 11.2 rebounds per contest. The forward averaged a double-double across 123 games.