Which College Basketball Player Made the Most 3-Pointers in a Single Season? 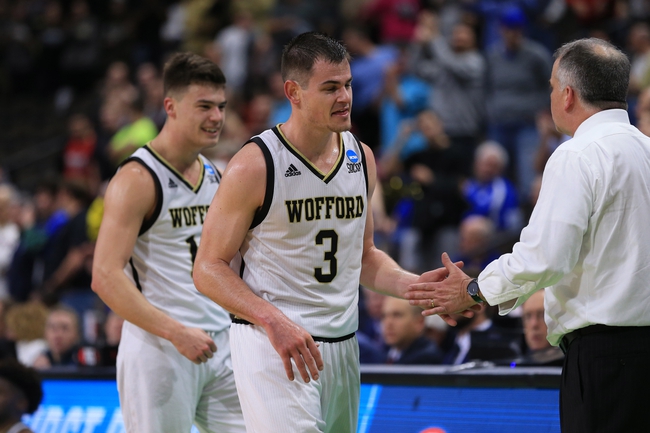 A Look at the Top Ten Players for Most Made 3-Pointers in a Single Season.

Top Ten Players for Most Made 3-Pointers in a Single Season in College Basketball History.

There have been a lot of great players that have come through the college ranks, whether it was for just one season or multiple years.  Which players had the most made 3-pointers for a single season? Let us take a look and see who made this list.

1. Stephen Curry is atop the list, after a stellar 2007-8 season with Davidson.  Curry connected 162 times from 3-point distance. The future Golden State Warrior attempted 369 3-pointers that season.  The Davidson guard finished the season with a 43.9 3-point percentage.

T-2. Fletcher Magee, the former Wofford guard is number 2 on the list.  Magee connected 158 times from 3-point range, during the 2018-19 campaign.  The guard attempted 377 3-pointers for the season. The Wofford product finished the year with a 41.9 3-point percentage.

4. Akeem Richmond is number 4, having had a nice 2013-14 season from deep for East Carolina.  Richmond made 155 3-pointers out of 392 attempts. The East Carolina guard finished the season with a 39.5 percentage from behind the arch.

5. Freddie Banks, the former UNLV product rounds out the top 5.  Banks drilled 152 3-pointers during the 1986-87 season. The UNLV guard recorded 358 3-point attempts, while finishing the campaign with a 42.5 percent from deep.

6. Fletcher Magee, the Wofford product, finds himself on here for the 2nd time.  Magee converted 148 times from distance, during the 2017-18 season. The 4 year starter finished the season with a 41.9 percent from distance, while attempting 377 3-pointers.

T-7. Buddy Hield is number 7, after having a good 2015-16 season from deep for Oklahoma.  Hield converted 147 times from 3-point range, while attempting 322 shots from long range.  The future NBA draft pick would finish the season 39.0 percent from distance.

T-7. Travis Bader is tied with Hield, having made 147 3-pointers for Oakland, during the 2013-14 season.  Bader collected a 40.8 3-point percentage for the campaign, while totaling 360 3-point attempts from deep for the season.

T-7. David Holston is tied with Hield and Bader for 7th, having connected 147 times from 3-point distance, during the 2008-09 season for Chicago State.  Holston attempted 395 3-pointers for that campaign. The guard ended the season with a 37.2 percent from 3-point range.

10. Randy Rutherford rounds out the top 10, thanks to his 146 3-point makes.  Rutherford accomplished this during the 1994-95 season while at Oklahoma State.  The 3 year starter attempted 349 3-pointers during the campaign.  The guard finished the season with a 41.8 percentage from distance.