Who are the College Basketball Players with the Most Blocks in a Season? 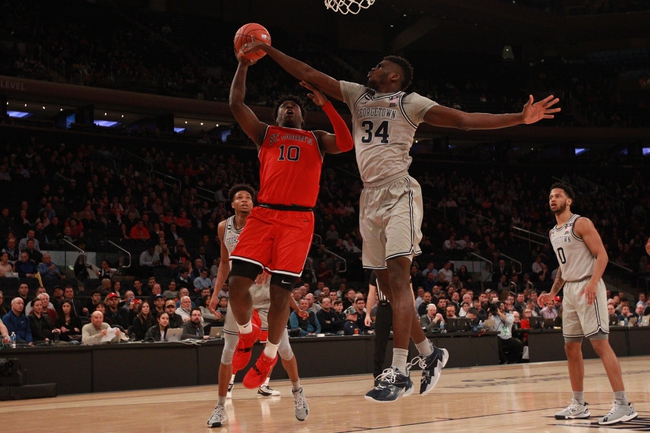 The College Basketball Players With the most Blocks in a Season

Wojciech Myrda was never much of a scorer but he did block 172 shots for Louisiana Monroe in the 2001-02 season.

Shawn Bradley played only one season with BYU but it was a special one averaging 14.8 points and blocking 177 shots.

Keith Closs played for Central Connecticut which caused him to not get as much attention as he deserved, especially for his play on the defensive end. In 1995-96, Closs blocked 178 shots.

In 1996-97 Adonal Foyle blocked 180 shots for Colgate. Foyle played three seasons and averaged at least 4.9 blocks in each of the seasons.

Hassan Whiteside is better known for his play in the NBA, but he had one standout season with Marshall. Whiteside 13.1 points, 8.9 rebounds and blocked 182 shots.

Anthony Davis swatted a lot of basketballs during his one year at Kentucky, and it was a big reason he was selected number one overall.

Mickell Gladness had a lot of success at Alabama A&M and in 30 games he blocked 188 shots.

Shawn James blocked 196 shots in the 2005-06 season and a lot of that might have been because of the conference. After that season he transferred to Duquesne and only blocked 112 points.

David Robinson is the best player in Navy history and holds the college basketball record with 207 blocks in a season.