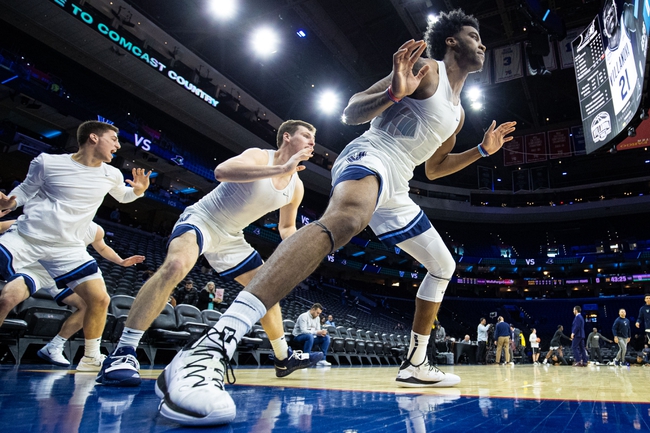 Villanova managed a 24-7 overall record last season and went 13-5 in the Big East. That record earned the Wildcats a co-championship in regular-season conference play. As for Boston College, they finished 13-19 last season overall and 7-13 in a tough ACC. The Eagles were left in 11th place with that result and lost in the first round of the conference tournament. Check back all season long for free college basketball picks at Sports Chat Place.

Villanova didn’t have a whole lot of weak spots in their campaign last season, and jumped out to a 17-3 start. The Wildcats would then lose three in a row, but picked it up with seven wins in their last eight games. In all, three of Villanova’s seven losses came to unranked teams.

This year, Villanova will be without leading scorer Saddiq Bey, who posted 16.1 points, 4.7 rebounds and 2.4 assists per game last season. The good news is that guard Collin Gillespie is back on the roster after 15.1 points, 3.7 rebounds, 4.5 assists and 1.2 steals per game. Coupled with Justin Moore (11.3 PPG) and Jermaine Samuels (10.7 PPG), the Wildcats should be able to cover the production loss.

Over on the Boston College side, they started out pretty well last year at 4-1, but then went on a four-game losing skid to fall back below .500 in the early-going. The Eagles ultimately got to 8-5 before conference play began, and were pummeled pretty well by a difficult ACC the rest of the way. Boston College was bounced in the first round of the ACC Tournament 80-58 by Notre Dame to end their season.

Boston College gets their leading scorer back from a year ago in Jay Heath, who averaged 13.1 points, 3.4 rebounds, 2.1 assists and 1.3 steals. Derryck Thornton (12.7 PPG) has moved on, but the Eagles retain leading rebounder Steffon Mitchell, who pulled down 8.7 boards with 7.8 points, 2.2 steals and 3.1 assists last year.

PICK: I’m leaning toward Boston College. It’s more of a value play than anything else, though. Villanova has plenty of offensive ammunition on the roster and should have another really nice year. That said, the Eagles are returning a pretty experienced team to the floor and should be able to gel quickly. I think Boston has enough contributors across the board to stay within range of Villanova and the team could surprise a lot of people (relatively speaking) this season.