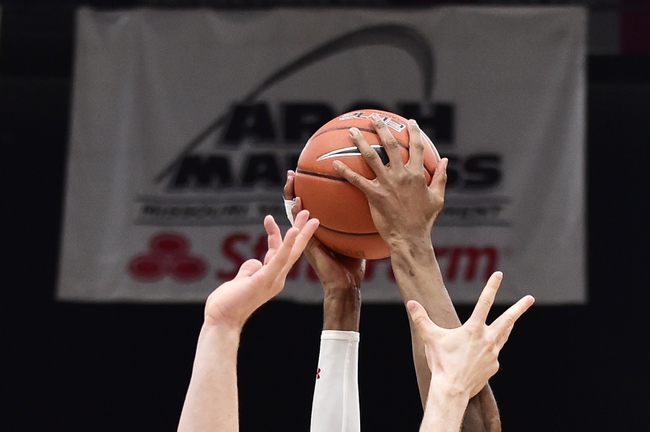 The Toledo Rockets and the Bradley Braves meet in college basketball action from the Cintas Center on Wednesday afternoon.

The Toledo Rockets will look to build on their 9th consecutive season with a .500 record better after a 17-15 overall mark including an 8-10 record in MAC conference play. The Rockets would unfortunately not get their chance to participate in the conference tournament as the MAC tournament was cancelled due to the Coronavirus pandemic. The Rockets will be without Willie Jackson who graduated from the program after logging 12.3 points and 12 rebounds per game last season, his senior year. The good news for Toledo and coach Tod Kowalczyk, is that his other three double-digit scorers as all back, including leading scorer and assist man Marreon Jackson who had 19.8 points and 5.4 assists per game. Luke Knapke also returns after recording 15.8 points and 8.2 rebounds per game and Spencer Littleson had 10.5 points per game as well. Only time will tell if Toledo can take another step forward defensively in the 2020-21 season and make some waves in the MAC. As a team, Toledo is averaging 74.6 points per game on 43.5% shooting from the field, 36.6% from behind the arc and 74.6% from the foul line while allowing opposing teams to average 70.1 points per game on 41.8% shooting from the field and 34.4% from behind the arc last season.

The Bradley Braves will look to build on yet another solid season, putting up a 3rd straight 20-win season for the first time since 2008-09 after going 23-11, including an 11-7 record in MVC conference play to finish in a tie for 3rd place. The Braves defeated Southern Illinois, Drake and Valparaiso on the way to their second straight MVC conference tournament championship victory. The Braves wouldn’t get to make any splashes in the Big Dance after the national tournament was postponed. The Braves lose two of their top three scorers from last year’s team, including leading scorer and assist man with 15.5 points and a team-high 4.7 assists per game while Nate Kennell had 12.5 points per game as a senior. Elijah Childs is back for his senior year after putting up 14.8 points and a team-high 8.6 rebounds in 22 games last year. Brian Wardle has built Bradley as a threat in the MVC and it’ll be interesting to see if Bradley can log a three-peat in the conference tournament. As a team, Bradley averaged 71.7 points on 44.1% shooting from the field, 37.2% from 3-point range and 73.5% from the foul line while allowing opposing teams to average 65.9 points on 39.5% shooting from the field and 31.6% from 3-point range last season.

The Rockets weren’t a great cover team last year, so I kind of understand the Braves being favored here. However, this game’s on a neutral floor and Toledo brings back a ton of offensive production with Marreon Jackon as well as Luke Knapke and Spencer Littleson, while Bradley has some cracks to fill after losing two of their top three scorers from last year. I just think there’s too much talent to give up this many points with Toledo in what should be a pick ‘em, so I’ll take Toledo and the points in this one.