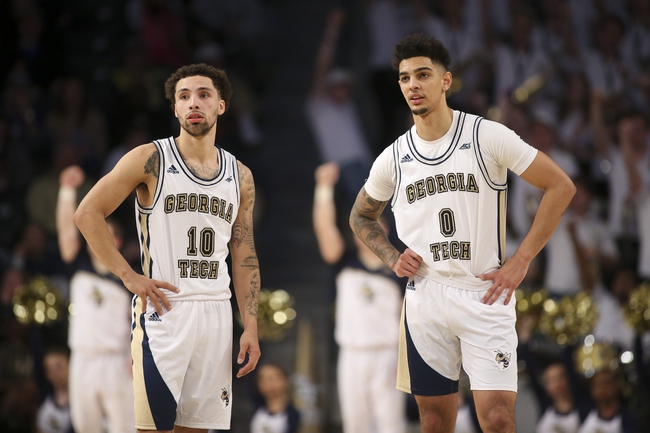 Georgia State is coming off a 19-13 mark overall last season and a 12-8 record in Sun Belt play. The Panthers finished fourth in the standings after a championship the previous year. As for Georgia Tech, they went 17-14 overall last season with a 11-9 mark in ACC play. That mark left the Yellow Jackets in fifth place in the conference standings. Check back all season long for free college basketball picks at Sports Chat Place.

Georgia State followed up their Sun Belt championship season with a more tempered result in 2019-20, but still had a solid campaign overall. The Panthers came out of the gate with some tough games and a 1-3 start, but ultimately pulled it together for a 19-12 regular season. The Panthers’ run finished abruptly in the first round of the Sun Belt Tournament however, as they took a blowout loss to Georgia Southern 81-62.

Moving on to the upcoming season, head coach Rob Lanier steps in for his second year at the helm for Georgia State, and he’ll be looking to improve on last year’s record. Senior guard and leading points scorer Kane Williams returns as well, bringing his 14.8 PPG and 4.4 APG with him.

Over on the Georgia Tech side, all things considered they did quite well in a tough ACC last season. The Yellow Jackets posted a 11-9 conference record and a 17-14 overall record, finishing behind ranked schools Florida State, Virginia, Louisville and Duke. Thing is, the team was banned from postseason play due to violations of NCAA rules.

The good news for Georgia Tech is that they get leading scorer Michael Devoe and his 16.0 PPG back this season. Jose Alvarado returns as well, after scoring 14.4 PPG with 3.4 RPG and 4.0 APG last season.

PICK: I like Georgia Tech here. The Yellow Jackets bring back a lot of points production this season, with their top three scorers all back on the team. There will be some rebounding production to account for with James Banks gone (team-high 7.6 rebounds per game last season) but if Georgia Tech can cover that the team will be in good shape. All in all, it should be a pretty interesting matchup and a great way to kick off the season for both teams.