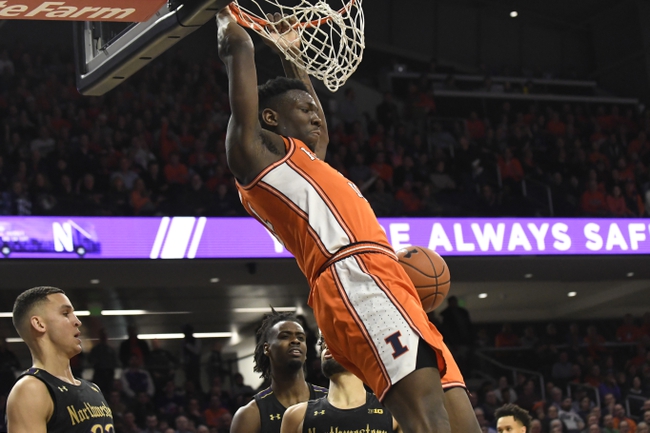 North Carolina A&T finished 16-15 overall last season with a 12-4 mark in the MEAC. The Aggies landed in a tie with Norfolk State for second place in the conference standings. As for Illinois, they went 21-10 overall last year with a 13-7 record in the Big Ten. Illinois finished in fourth place in the conference and ranked No. 21 overall. Check back all season long for free college basketball picks at Sports Chat Place.

North Carolina A&T sputtered in non-conference play last season, finishing that stretch at just 4-11. The Aggies came alive with MEAC competition however, and opened those games with an 8-1 run. NC A&T didn’t get a shot at postseason play though; the MEAC Tournament was cancelled.

The one to watch this season for North Carolina A&T is senior Kameron Langley, who averaged 9.4 points, 5.2 rebounds and 8.0 assists per game last year. Langley is already the career assists leader in the MEAC, and he’s still got another season to pad his stats. Junior Tyrone Lyons (7.1 PPG; 3.5 RPG) will also look to take another step forward in his development.

Over on the Illinois side, they’re looking for more elite results after a promising campaign last year. The Illini started hot on a 6-1 run, but then lost four of their next seven prior to a seven-game winning streak. Illinois had some trouble in early February on a four-game losing streak, but evened it out to finish the season on a 5-1 run.

PICK: I’m going Illini. With four of five returning starters, an established system and a group of experienced players on the roster, hopes are high for Illinois this season. The team has figured out their rebounding issues, going from a margin of -3.4 to +7.5 in the span of two seasons. If the Illini can get all the pieces moving right, they could find themselves ranked in the top ten this year and (finally) do some damage in the national tournament again.