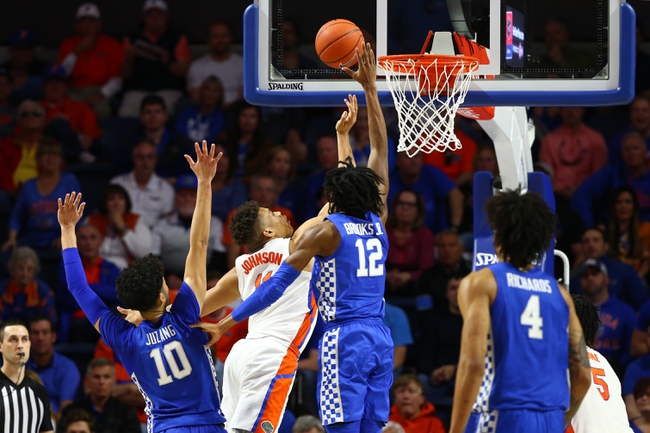 The Morehead State Eagles won 13 games last year and lost seven of their last eight games overall. Tyzhaun Claude returns after averaging 9.5 points and 6.4 rebounds while James Baker averaged 9.1 points and 4.4 rebounds. Ta'lon Cooper returns after averaging 3.1 assists and Lj Bryan averaged 15.6 minutes per game in 31 tries. The Morehead State Eagles do lose their top-two scorers from last season, including a first-team All-OVC selection in Jordan Walker who scored 1,478 points for the school in four seasons. The good news is Morehead State returns a lot of its role players from last season and Claude has a chance to become the face of this program after playing well as a freshman.

The Kentucky Wildcats re coming off a 25-win season and were picking up steam as a national title contender with wins in 13 of their last 15 tries. Keion Brooks Jr. returns after averaging 4.5 points and 3.2 rebounds while Riley Welch played in four games but averaged under a minute. As usual, Kentucky is a brand new team this season, as the Wildcats lose their top-six scorers, and that includes two first round picks in Immanuel Quickley and Tyrese Maxey. However, Kentucky never has to worry with returning production with their recruiting classes being stacked. This year is no different with 5-star recruits BJ Boston, Terrence Clarke, Devin Askew and Isaiah Jackson committing to Big Blue Nation. Kentucky is going to be one of the youngest teams in the country, but the talent level is just about unmatched.

The Kentucky Wildcats are always a tough team to back in the early parts of the season because of their youth and the certain growing pains. The problem is Kentucky is absolutely loaded with talent and in certain spots that trumps whatever the opponent has going on. The Morehead State Eagles lost their top-two scorers from last season and don't have a single player that scares the future NBA players on Kentucky's side.

There's better options out there for opening day, but I'll eat the chalk with Kentucky anyway.