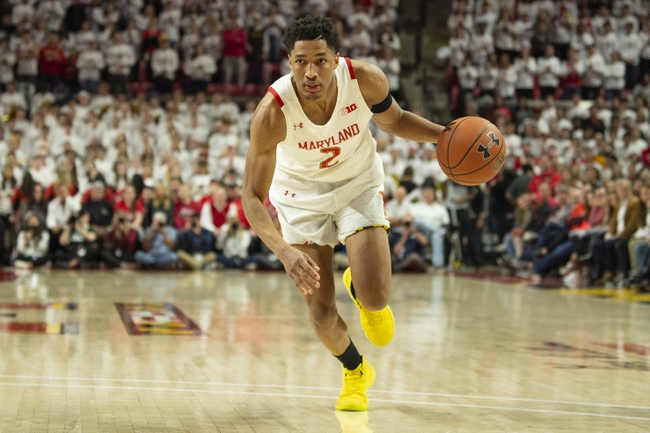 The Old Dominion Monarchs are coming off a 13-win season that included losses in four of their last six games. Malik Curry returns after leading ODU with 13.4 points and four assists while Xavier Green is back after averaging 12.8 points and 4.2 rebounds. A.J. Oliver II is a third double-digit returning scorer and Jason Wade averaged 10.9 points and 5.5 rebounds. The Old Dominion Monarchs return their top-four players from last season and that’s a massive advantage heading into the beginning of the season during these crazy times. Old Dominion will have a say in who wins the C-USA this season.

The Maryland Terrapins are coming off a 24-win season that would have had them in the Big Dance if the season continued. Aaron Wiggins returns after averaging 10.4 points and 4.9 rebounds while Darryl Morsell is back after averaging 8.5 points and 2.1 assists. Eric Ayala returns after averaging 2.5 assists and Donta Scott grabbed 3.6 rebounds. The Maryland Terrapins lost their top-two players from last season in Anthony Cowan Jr. and Jalen Smith, but there’s enough returning depth to keep this squad afloat. Maryland will once again be a competitive team in a loaded Big Ten that appears to be wide open.

The Maryland Terrapins are going to be favored for obvious reasons, but they lost some key players from last year and it may take time to adjust. The Old Dominion Monarchs are pretty much the same team from last season and they played a tough schedule to get them battle tested for a game like this. This is not an easy game for the Terps and I wouldn't be shocked if ODU pulled off the upset due to having its core pieces in place already.