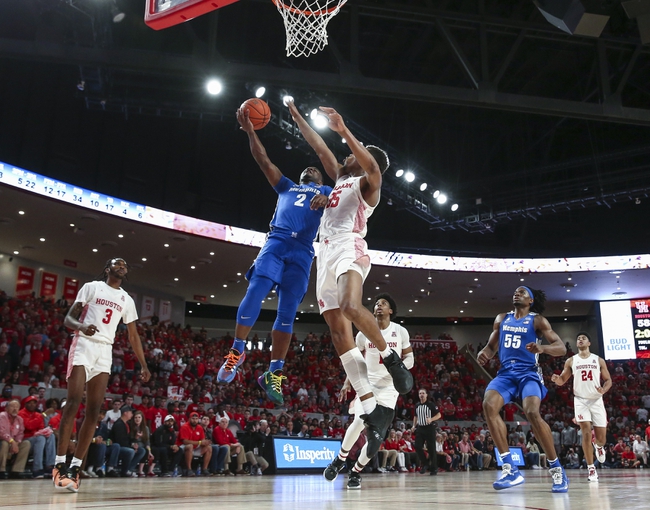 The Memphis Tigers and the Saint Mary’s Gaels meet in college basketball action from the Sanford Pentagon on Wednesday afternoon.

The Memphis Tigers will look to keep their run of winning seasons going, posting a record above .500 every year since 1999 after going 21-10 in 2019-20, including a 10-8 mark in AAC conference play. The Tigers would receive the #6 seed in the AAC conference tournament, but the tournament would be cancelled due to the Coronavirus pandemic. The Tigers lost James Wiseman from the program, going #2 overall in the NBA draft and Precious Achiuwa went pro as well after his freshman year. Memphis also lost Tyler Harris and Isaiah Maurice to the transfer portal, but you could argue that the Tigers came out ahead in the offseason. Memphis brings back four starters including Lester Quinones who had 10.7 points per game as well as D.J. Jeffries who had 10.8 points per game. Penny Hardaway would do his damage in the transfer portal as well, bringing in former Virginia Tech guard Landers Nolley II who averaged 15.5 points and 5.8 rebounds for the Hokies as well as Isaiah Stokes from Florida and DeAndre Williams from Evansville pending on if his waiver gets approved by the NCAA. As a team, Memphis averaged 72 points on 44% shooting from the field, 32.9% from behind the 3-point line and 67.9% from the foul line while allowing opposing teams to average 64.9 points on 36.1% shooting from the field and 28% from 3-point range last season.

The Saint Mary’s Gaels will look to build on yet another successful season, finishing the regular season with an overall mark of 26-8, extending their own run of winning seasons, going better than .500 every year since 2002 up until now. The Gaels held a mark of 11-5 in conference play, finishing in a tie for the #3 seed. The Gaels took down Pepperdine and BYU to reach the finals where they lost to Gonzaga, making a strong case for an NCAA tournament bid but like we mentioned earlier, the Coronavirus pandemic would force a cancellation of the NCAA tournament after all the conference tournaments were shut down. The Gaels are tasked with a tough challenge of replacing their top two scorers from last season in Jordan Ford and Malik Fitts who both signed with the Los Angeles Clippers, accounting for 38.4 points per game for Saint Mary’s last season. The good news is that this team will have time to gel, as Tommy Kuhse is the only senior on the roster and Dan Fotu and Matthias Tass also return after averaging 6.4 and 6.6 points per game last season. Only time will tell if coach Randy Bennett has another trick up his sleeve to turn this Gaels team into a contender or if the turnover will be too much for Saint Mary’s to cope with in a suddenly competitive WCC conference this season. As a team, Saint Mary’s averaged 75.3 points on 47.9% shooting from the field, 39.6% from behind the arc and 75.4% from the foul line while allowing opposing teams to average 66.9 points on 45.2% shooting from the field and 33.8% from 3-point range last season.

I’m willing to guess that Randy Bennett will have the Gaels firing and ready to go for this game as it’s not often that the Gaels get these cracks at the bigger teams like Memphis, and it’s games like these that are Saint Mary’s trademark for winning as these are resume builders for at-large teams that want to make it out of the WCC. The problem is that the loss of Fitts and Ford to this Saint Mary’s team is monumental for the Gaels and the addition of guys like Nolley II (whose waiver was approved so he can go in this game) and the potential arrival of DeAndre Williams is a big thing for the Tigers this season. I just think it’s going to take some adjusting to life without Ford and Fitts and while two guys don’t make a whole team, it’s still a shock to the system when they account for so much of what your team does. I’ll lay the points with Memphis in what I see as a 9-point Tigers win at the very least.