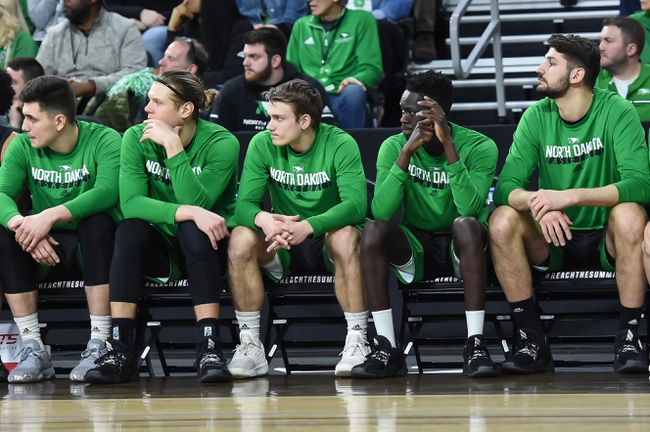 North Dakota posted a 15-18 overall record last season, going 7-9 in Summit League play. The Fighting Hawks finished in sixth place in the conference standings. As for Miami-OH, they fared even worse at 13-19 overall and 5-13 in MAC play. The RedHawks were dead last in the East Division of the conference at season’s end. Check back all season long for free college basketball picks at Sports Chat Place.

North Dakota tumbled to a 1-4 start in non-conference games let season, and ultimately finished that portion of the schedule with a 6-8 record. Once the Summit League games began it was a string of so-so results, and the Fighting Hawks wouldn’t win more than two consecutive games for the rest of the season. After wins over South Dakota and IPFW in the conference tournament, North Dakota lost to North Dakota State 89-53 to end their season.

This season, North Dakota will turn to Philip Rebraca to lead the team to greener pastures. Rebraca posted 14.3 points, 8.9 rebounds, 1.0 blocks and 32.5 minutes per game last year and will be a key cog going forward. That said, star guard Marlon Stewart (18.7 PPG; 5.5 RPG; 5.1 APG) has departed. He represents a significant bit of production.

Over on the Miami-OH side, the good news is that the team did reasonably well in non-conference play, finishing 7-6 last season. Once the MAC games kicked in however, it was a different story. The RedHawks lost five of their first six, then later on lost six of seven on the way to a last-place finish (despite a win over Buffalo in the MAC Tournament).

Here’s the bad news for Miami-OH going into this season. They’re without star guard Nike Sibande, who scored 1,463 career points with 490 rebounds. Still, there are four starters returning to the squad this year, including Dalonte Brown (9.5 PPG; 5.2 RPG) and Dae Dae Grant (9.3 PPG; 3.0 RPG).

PICK: I’m going with Miami-OH. North Dakota certainly has some production gaps to fill this season, but they’ve got a solid crop of young talent who should be able to step into some of those roles. There will be some good things from the Hawks this year, but with the uncertainty at the point position it’s a tough sell. The RedHawks are returning four starters and shouldn’t have a ton of problems with chemistry right out of the gate. It should be an improved year for Miami-OH.