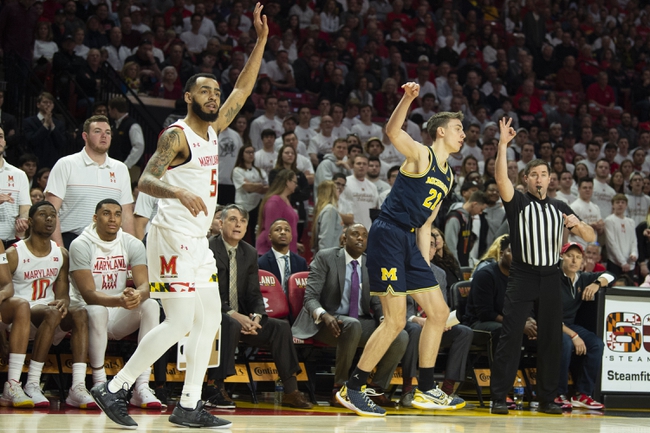 The Bowling Green Falcons are coming off an impressive 21-win season but ended the year with three straight losses. Justin Turner returns after averaging 18.8 points and 4.6 rebounds while Daeqwon Plowden is back after averaging 12.7 points and 8.5 rebounds. Trey Diggs averaged 18.5 minutes in 31 games and Caleb Fields averaged 26.3 minutes in 29 games. Bowling Green returns most of last years production, including one of the best players in the MAC in Turner, who is a two-time first-team conference selection. Bowling Green competed with LSU on the road last year and would have had a chance to make the Big Dance if the season played out. The Bowling Green Falcons should be the favorites to win the MAC this year and are poised for an impressive season.

The Michigan Wolverines won 19 games last year and lost three of their last four games. Isaiah Livers returns after averaging 12.9 points and four rebounds while Franz Wagner is back after averaging 11.6 points and 5.6 rebounds. Eli Brooks returns as a third double-digit scorer from last season and Brandon Johns Jr. averaged 19.5 minutes per game through 30 contests. The Michigan Wolverines return more than enough scoring from last year to be an attractive club, but they also bring in one of the best transfers in the country in Mike Smith from Columbia. Michigan also has a stacked recruiting class led by Zeb Jackson, Hunter Dickinson and Terrance Williams II, who are also 4-star players. Michigan should compete for the Big Ten title this season and will be a factor come March.

The Michigan Wolverines have a chance to have one of their better seasons in quite some time and are a legit threat to win the Big Ten this season. However, Bowling Green was a potential March Madness team last season and returns the key players from that squad that made it all possible. Turner is one of the better players in the MAC and Plowden is a double-digit threat down low. The Bowling Green Falcons don't have the elite talent depth of Michigan, but they're far from a pushover.

Give me Bowling Green and the points.