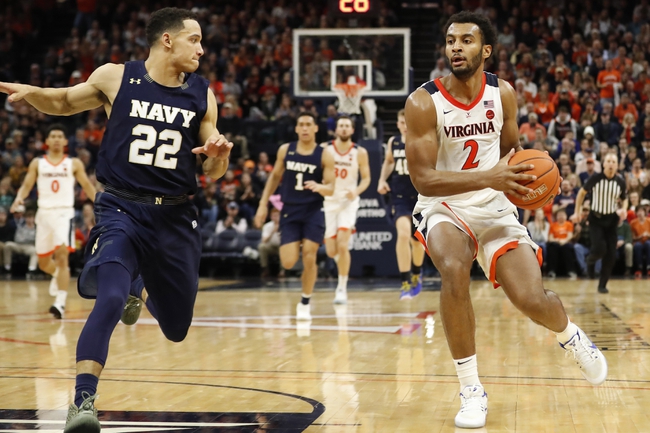 The George Washington Colonials won 12 games last season and ended the year on a six-game losing streak. Jamison Battle returns after averaging 11.8 points and 5.2 rebounds while Maceo Jack returns after averaging 11.7 points and 2.7 rebounds. Jameer Nelson Jr. returns as the third double-digit scorer and Amir Harris is back after averaging 24.5 minutes in 11 games. The George Washington Colonials lost their top scorer and best player from last season in Armel Potter, but they do return most of their key production outside of the star guard. George Washington has three returning double-digit scorers and Battle has the potential to be the face of this program after seeing what he’s capable of as a freshman.

The Navy Midshipmen won 14 games last season and ended the year losing eight of their last 10 contests. Cam Davis returns after averaging 16.3 points and 2.5 assists while John Carter Jr. returns after averaging 10.6 points and 4.9 rebounds. Greg Summers is back after averaging 6.8 rebounds in 32.3 minutes while Luke Loehr is back after playing in 22.8 minutes per game through 30 contests. Navy returns its top-two players from last season and will be led by senior guard Davis, who was recently a second-team All-Patriot selection. Navy has arguably the best guard tandem in the Patriot conference and should like its chances at a bounce back season. The Navy Midshipmen should be much improved from a season ago.

This has the chance to be one of the better games of CBB opening day, as both George Washington and Navy return a bunch of key players from last season and should have decent expectations this season. George Washington probably has the better depth entering this contest, but that Navy guard duo is extremely talented and the sort of tandem that can win a ton of basketball games this season for the Midshipmen. Navy will be an exciting team to watch this season.

I'll lay the bucket with Navy.

The pick in this article is the opinion of the writer, not a Sports Chat Place site consensus.
Previous Pick
Which College Basketball Coach had the Most Losses During Their Career?
Next Pick
Miami-Ohio vs North Dakota College Basketball Picks, Odds, Predictions 11/25/20