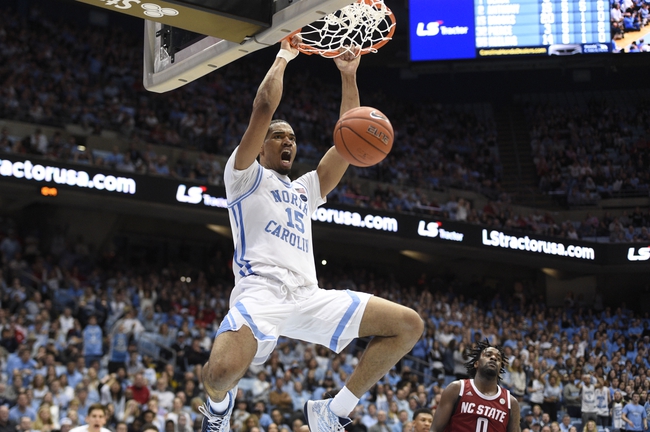 Charleston went 17-13 overall last season and 11-7 in Colonial Athletic Association play. The Cougars finished in fifth place in the conference standings with that result. As for North Carolina, they went 14-19 in the 2019-20 college basketball season, going 6-14 in the ACC. That finish left the Tar Heels in last place in the conference. Check back all season long for free college basketball picks at Sports Chat Place.

Charleston opened up at 3-1 last season, but then skidded to a 3-5 finish in non-conference play. The Cougars opened up CAA play well with a 9-3 start, then lost four in a row before beating Delaware and Drexel to finish the season. Charleston was seeded fourth in the CAA Tournament, losing to Delaware 79-67. It was ultimately a disappointing finish, as College of Charleston often showed some flashes of greater potential last season.

The Cougars say farewell to Grant Riller and his 21.9 points per game this year, as well as four of the starters from last season’s squad. Charleston will likely go with a more balanced, depth-oriented approach on the court this year as a result.

Over on the North Carolina side, they’re ready to forget a bad, bad season in 2019-20. The Tar Heels would go 14-19 overall, giving head coach Roy Williams the first losing season of his 32-year head coaching tenure. North Carolina suffered through injuries to Sterling Manley, Anthony Harris, Jeremiah Francis and a host of others all year, and really couldn’t find any sense of rhythm and consistency on the court. If there’s a positive here, it’s that the Tar Heels finished the regular season on a 3-1 run and beat Virginia Tech in the ACC Tournament.

The great news for North Carolina heading into this season is that they’ve got a very nice class of incoming freshmen, including five-stars Caleb Love, Day’Ron Sharpe and Walker Kessler. Power forward Garrison Brooks returns in an experienced role as well after an 8.9-point increase in scoring productivity, and he'll be a key piece for the Tar Heels.

PICK: I’m taking North Carolina. The Tar Heels have the No. 2 incoming class in the country, and will have plenty of talent to bolster their ranks and help the team find success after that disaster of a season. Senior Garrison Brooks is sure to be a great help as well; he earned All-ACC and Most Improved honors last year and turned himself into a reliable scorer. This should be a fun matchup and it’ll give us some good insight into what we can expect from both teams this season.