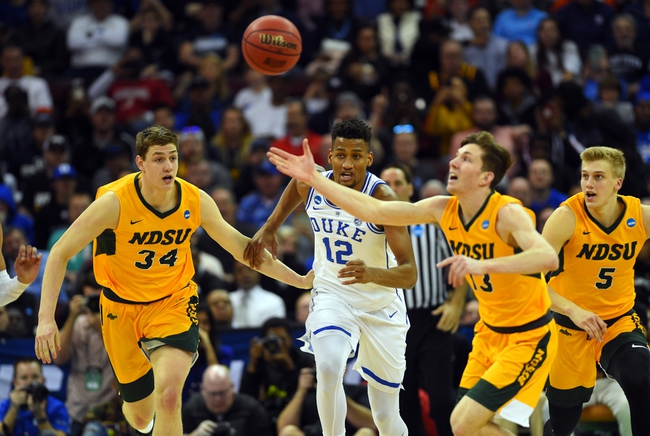 The Nevada Wolf Pack and the North Dakota State Bison meet in college basketball action from the Pinnacle Bank Arena on Wednesday afternoon.

The Nevada Wolf Pack will look to rebound from a down year in 2019-20, finishing with a 19-12 record overall, including a 12-6 mark in Mountain West conference play for Nevada’s first season with fewer than 20 wins since 2015. There will be a transition period to say the least as Steve Alford loses his top four scorers from last year’s squad. Jalen Harris went pro after logging 21.7 points and 6.5 rebounds per game while Jazz Johnson and Lindsey Drew graduated after double-digit average scoring senior years and Nisre Zouzoua had 9.8 points per game in his senior year as well. The Wolf Pack tried to fill the gaps by hitting the transfer portal, bringing in Desmond Cambridge who had 15.7 points per game in 2018-19 with Brown while Grant Sherfield had 8.1 points and 2.9 assists per game with Wichita State last year. As a team, Nevada averaged 77.1 points per game on 44.7% shooting from the field, 38.3% from behind the 3-point line and 75.3% from the foul line while allowing opponents to average 72.4 points on 40.4% shooting from the field and 29.8% from downtown last season.

The North Dakota State Bison will look to build on their first 20+ win season since 2016 after going 25-8 including a 13-3 mark in Summit League conference play as the Summit League regular season co-champions and eventually won the Summit League conference tournament, but the Bison wouldn’t get the chance to represent the Summit League at the NCAA tournament as the tourney was cancelled due to the Coronavirus pandemic. The bad news for the Bison is that North Dakota State’s top two scorers have to be replaced as Vinnie Shahid and Tyson Ward both graduated, but Rocky Kreuser is back after logging 10 points and 6 rebounds per game last season while Sam Griesel and Tyree Eady will be tasked with filling the void left but the Bison are perennially one of the teams to watch in the Summit League so it’ll be interesting to see how things shake out for the Bison.

Both of these two teams have lost a lot of talent coming into this year, but we really saw the effect that losing the Martin brothers had for Nevada after last year where Nevada dropped off almost 10 wins from the year prior. North Dakota State’s one of those teams that’s always finding success and the Bison just keep rolling with the punches and I expect this to be no different. I’ll take the free bucket with North Dakota State in a game I think the Bison could and should win outright.