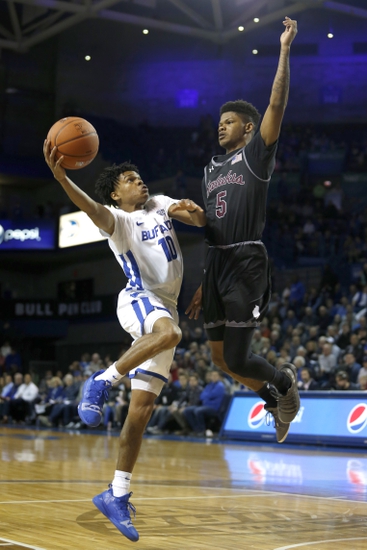 The UIC Flames finished last year with 18 wins and won six of their last eight games overall. Michael Diggins returns after averaging 9.3 points and five rebounds while Braelen Bridges is back after averaging 8.4 points and 4.9 rebounds. Jamie Ahale played an average of 20.3 minutes per game last season and Jacob Wiley played an average of 14.3 minutes last season. The UIC Flames say goodbye to their top-three players last season, including a two-time second-time All-Horizon selection in Tarkus Ferguson. UIC is certainly going to go through growing pains with so much production gone and Diggins will have to take that next step in his career. The UIC Flames have their work cut out for them if we’re being honest.

The Northern Illinois Huskies also won 18 games last season and finished splitting their last eight games. Trendon Hankerson returns after averaging 7.5 points and two assists while Darius Beane returns after averaging 7.3 points and 3.3 rebounds. Tyler Cochran is back after averaging 4.2 rebounds and Zaire Mateen averaged 11.4 minutes per game through 27 contests. The Northern Illinois Huskies lost their top-two scorers from last season, including a first-team All-MAC selection last year in Eugene German. NIU will have to find a new go-to scorer, but there’s potential here, especially with Hankerson and Beane taking such big steps in their second seasons. If another leap is in the cards, Northern Illinois could be a sleeper team this season in the MAC.

The UIC Flames lose their top three players from last season and those are usually the teams that struggle out of the gate. The Northern Illinois Huskies have some replacing to do as well, but they have a duo in Hankerson and Beane that has the potential to be special. Northern Illinois is in a better spot at the moment and should have less growing pains out of the gate.

I'll lay the bucket with the Huskies.