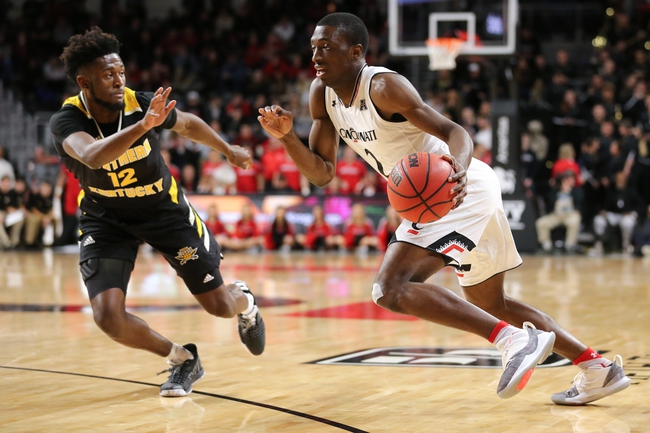 Photo by The Cincinnati Enquirer-USA TODA

The Ball State Cardinals and the Northern Kentucky Norse meet in college basketball action from the BB&T Arena on Wednesday.

The Ball State Cardinals will look to build off of a decent 2019-20 campaign that saw the Cardinals post a 4th winning season in 5 years after going 18-13 overall including an 11-7 mark in MAC conference play to finish tied atop the MAC West division. The Cardinals wouldn’t get a chance to punch their ticket to any postseason action though as the MAC tournament was canceled due to the Coronavirus pandemic. Head coach James Whitford has some work to do after losing leading scorer and rebounder Tahjai Teague who had 14.4 points and 9.1 rebounds per game in his senior season. The good news for Ball State is that the Cardinals return Ishmael El-Amin for his senior year as the only other double-digit scorer for Ball State last year, logging 13.8 points per game. Jarron Coleman is back after leading the Cardinals with 2.9 assists per game last year to go along with his 9.3 points while Reggie Jones transferred in from Tulsa to play alongside returning Cardinals like Luke Bumbalough and K.J. Walton (who only played in 9 games last year.). As a team, Ball State averaged 69.5 points per game on 42.7% shooting from the field, 33.6% from behind the arc and 69.3% from the foul line while allowing opposing teams to average 62.5 points on 40.1% shooting from the field and 30.7% from 3-point range last season.

The Northern Kentucky Norse will look to build on yet another successful season after going 23-9 overall last year, including 13-5 in Horizon League conference play to finish with the #2 seed. NKU took down Green Bay in the semi-finals before upending UIC to win the conference tournament and earn the automatic berth to the NCAA tournament, but as previously mentioned, the Norse wouldn’t get their chance in the Big Dance as the NCAA tournament was cancelled due to COVID-19. Darrin Horn slid right in in his first year as Northern Kentucky head coach, inheriting a solid roster and using it to the fullest. The problem is that Horn loses three of his four double-digit scorers from last year to the transfer portal or graduation as Trevon Faulkner is the only returning double-digit scorer, logging 11.9 points and 4.1 rebounds per game last season. It’s also a fairly young roster for the Norse as well, with four true freshmen on the team and only one senior in Adham Eleeda. As a team, Northern Kentucky averaged 72.4 points per game on 43.3% shooting from the field, 30.5% from behind the arc and 68.9% from the foul line while allowing opposing teams to average 65.3 points on 41.4% shooting from the field and 29.3% from 3-point range last season.

I think the fact that we’re seeing Ball State favored on the road here, even if it’s close to a pick ‘em, just speaks volumes about where Northern Kentucky is at. In a full strength year, I could easily see NKU being at least an 8-point favorite here. But this is just going to be a rebuild year for the Norse. Ball State has some decent pieces returning and I just think that this is a pick more against Northern Kentucky than anything else. I’ll back Ball State to get the job done on the road here.