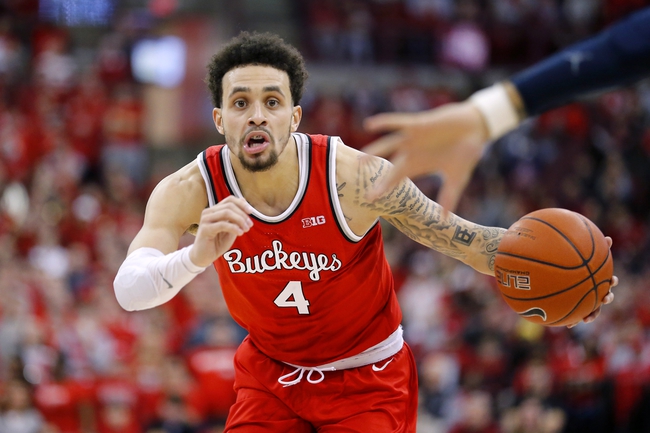 The Illinois State Redbirds come into the 2020-21 season looking to take a step in the right direction after regressing in each of the last four years, hitting rock bottom with a 10-21 overall record last year, including a 5-13 mark in MVC conference play to finish in 9th place. The Redbirds would suffer a quick exit in the Missouri Valley conference tournament, being bounced in the opening round by Drake. Things don’t get any easier for Dan Muller this season as a lot of the Redbirds punch from last season is gone, with Zach Copeland, Jaycee Hillsman, Ricky Torres and Rey Idowu done with the program, with the first three graduating while Idowu transferred out of the program. Keith Fisher III is back as the team’s top returning scorer and rebounder with 9.6 points and 6 rebounds per game while DJ Horne had 8.7 points and Antonio Reeves had 7.2 points per game for Illinois State last year. The question marks for ISU are simply where is the offense going to come from and can the defense bounce back and take a step forward after being on the decline in the last couple of years. As a team, Illinois State averaged 66.1 points per game on 42.4% shooting from the field, 35.5% from behind the arc and 71.1% from the foul line while allowing opposing teams to average 70 points on 44.4% shooting from the field and 33.7% from the 3-point line last season.

The Ohio State Buckeyes come into the 2020-21 season looking to forget about their Jekyll and Hyde 2019-20 season that saw the Buckeyes start 11-1 heading into the Christmas break before starting the second half with losses in 6 of their first 7 games en route to a 21-10 overall record, including an 11-9 mark in Big Ten conference play to finish in a four-way tie for 5th. The Buckeyes wouldn’t get a chance to book a spot in the NCAA tournament as the Big Ten tournament was cancelled due to the COVID-19 pandemic. The Buckeyes have some replacing to do, losing the Wesson brothers, Kaleb and Andre to the NBA draft, while D.J. Carton and Luther Muhammad transferred out of the program. The Buckeyes reloaded though, with a pair of transfers of their own, including Seth Towns from Harvard, who averaged 16 points and 5.7 rebounds in 2017-18 with the Crimson, and Justice Sueing who had 14.3 points and 6 rebounds per game for Cal in 2018-19. The Buckeyes also return Duane Washington Jr. who had 11.5 points for Ohio State last year as well as CJ Walker who put up 8.7 points and 3.5 assists per game. As a team, Ohio State averaged 72.1 points per game on 44.6% shooting from the field, 37.3% from behind the arc and 75.2% from the foul line while allowing opposing teams to average 62.9 points on 39.7% shooting from the field and 32.7% from behind the 3-point line last season.

The road ahead in this game was going to be tough sledding for Illinois State as it is, but losing so much talent from last year’s team isn’t going to help against a pretty good Ohio State team. The Buckeyes lost a fair bit of talent as well, but the additions of Towns and Sueing as well as the return of Washington Jr. gives Ohio State the edge here. I’ll lay the points with Ohio State in this one.