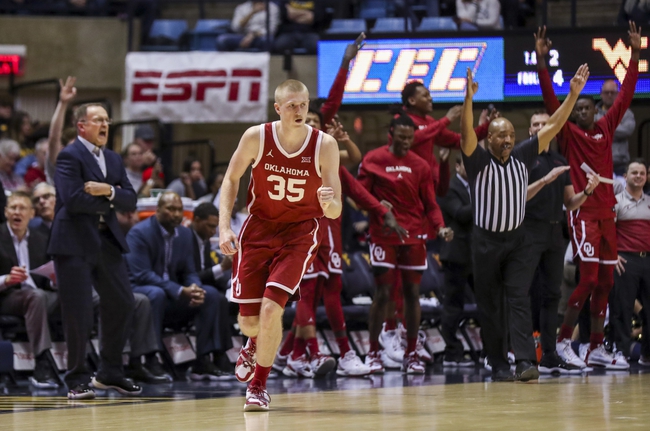 UTSA finished at 13-19 last season, going 7-11 in Conference USA play. That finish left the Roadrunners down in 10th place in the conference standings. As for Oklahoma, they went 19-12 in the 2019-20 season and 9-9 in Big 12 play. The Sooners finished in third place in the conference behind Kansas and Baylor. Check back all season long for free college basketball picks at Sports Chat Place.

UTSA started out on a five-game skid last season, coincidentally losing in the opener at Oklahoma 85-67. The Roadrunners would finish out non-conference play on a 6-2 run, but didn’t have a ton of sustained success in the CUSA games. UTSA was able to post back-to-back wins just once in conference play, and were bounced in the first round of the CUSA tournament by UAB 74-69.

This season, UTSA moves forward under head coach Steve Henson, and they’ll try to find some more success in the standings. Guards Jhivvan Jackson and Keaton Wallace earned preseason All-Conference USA honors for the third consecutive season, so that duo will be a big part of the Roadrunners’ plans moving forward this year.

Over on the Oklahoma side, they had a pretty tough go of things in a difficult Big 12 Conference last season, but also had some bright spots in a weird year. The Sooners finished 19-12 overall and 9-9 in the Big 12, six games behind Baylor in the No. 2 spot. Oklahoma finished the season catching fire on a 4-1 run but we’ll never know what may have happened; the Big 12 tournament was ultimately cancelled.

Oklahoma head coach Lon Kruger enters his 10th season at the helm. There’s reason for optimism with the Sooners, as they’re an experienced team returning 70 percent of their scoring from last year. Seniors Brady Manek (14.4 PPG) and Austin Reaves (14.7 PPG) will be names to watch on the court this season.

PICK: I’m going to stick with Oklahoma here. Though I do think UTSA will take a step forward this year with their experienced players and staff, opening up against the Sooners is a tough draw. Oklahoma returns a truckload of strength, talent and scoring prowess for the 2020-21 season, and they should be able to slide right back into the swing of things and continue that great run they had late last year.