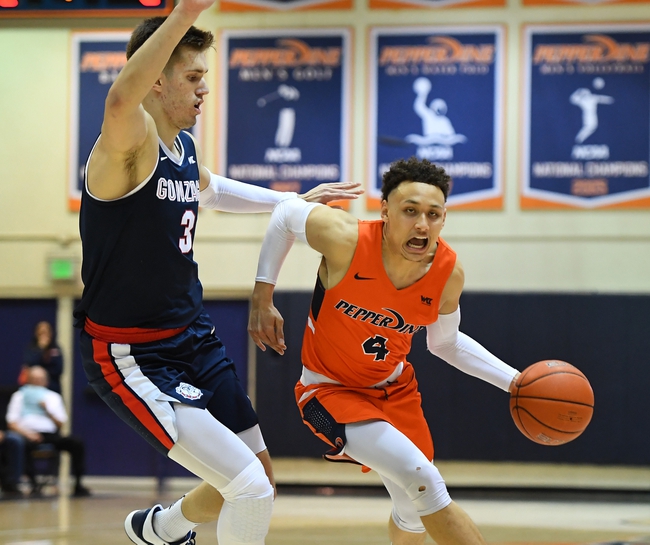 The UC Irvine Anteaters won 21 games last season and ended the year winning 10 of their last 12 games. Collin Welp returns after averaging 13 points and 5.9 rebounds while Brad Greene is back after averaging nine points and 7.7 rebounds. Austin Johnson averaged 12.6 minutes per game last year and Isaiah Lee averaged 2.3 assists. The UC Irvine Anteaters return their top player from last season and have some respectable size to control the boards, but they lost a lot of depth from a year ago. UC Irvine lost four of its top-six scorers, which includes three of their four double-digit scorers. With limited practice and not a proper training camp, UC Irvine is a club that could struggle a bit out of the gate.

The Pepperdine Waves finished last year with a 16-16 record and have split their last 10 games overall. Colbey Ross returns after averaging 20.5 points and 7.2 assists while Kessler Edwards returns after averaging 13.8 points and 7.5 rebounds. Jade' Smith is back after playing 21.4 minutes per game in eight contests and Sedrick Altman grabbed 2.5 rebounds in 22.6 minutes. The Pepperdine Waves return a decent amount of production from a year ago, including one of the best players in the WCC in Ross, a two-time first-team conference selection. Edwards has improved each of his first two seasons and that’s scary as he enters his junior year. We know Gonzaga has a stranglehold on this conference, but Pepperdine is going to have a say about things this year and should build on last years .500 record.