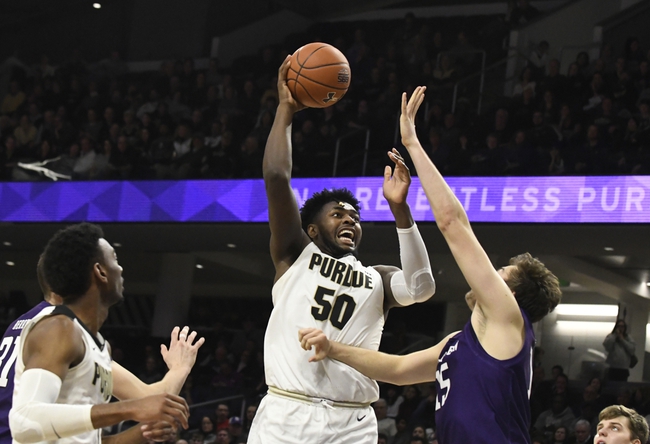 Liberty is coming off a 30-4 record last season with a 13-3 finish in the Atlantic Sun Conference. The Flames would go on to win the conference tournament as well. As for the Boilermakers, they finished 16-15 last year, going 9-11 in a tough Big Ten. That finish left Purdue in 11th place in the conference standings. Check back all season long for free college basketball picks at Sports Chat Place.

Liberty jumped out to a great start last season, beginning the campaign at 14-0. The Flames were consistent winners, falling in consecutive games just once all season. In their run to the Atlantic Sun Conference Tournament championship, Liberty took out NJIT, Stetson and Lipscomb.

This season, the Flames will be without leading scorer Caleb Homesley, who posted 15.3 points, 5.7 rebounds, 2.4 assists and 1.1 steals per game last year. That’s just the tip of the proverbial iceberg, as Scott James (10.8 PPG) and Georgie Pacheco-Ortiz (10.7 PPG) have departed as well. Look for guys like Darius McGhee (9.5 PPG, 4.0 RPG) to step up this year.

Over on the Purdue side, they had a pretty choppy run last season, but the good news is that the team didn’t sustain any losing slides outside of a four-game streak near the end of the season. The Boilermakers were a reasonable 14-10 at that point (early February) but lost to Penn State, Ohio State, Wisconsin and Michigan in succession.

Looking ahead to 2020-21, Purdue gets a lift with the return of leading scorer Trevion Williams, who posted 11.5 points, 7.6 rebounds and 1.5 assists per game last year. Eric Hunter is back on board as well after 10.6 points, 3.3 rebounds and 2.6 assists, as is Sasha Stefanovic with his 9.1 points and 2.4 rebounds per game.

PICK: I’m going to go with Purdue here. Liberty had a pretty great season last year, but after losing three starters it’s going to be a season of lowered expectations. The Flames’ defense will carry them far, but I think the experience of Purdue matches up pretty well here. The Boilermakers return most of their top-shelf playmakers this season and the team should be able to find that chemistry again pretty quickly.