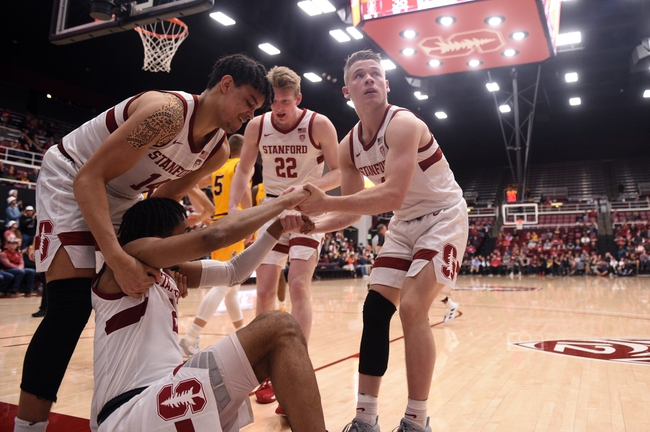 Utah Valley went 11-19 overall last season and 5-10 in the Western Athletic Conference. That finish left the Wolverines one spot out of the basement in the conference standings. As for the Cardinal, they went 20-12 overall last year and 9-9 in the Pac-12. Stanford finished in seventh place in the conference standings and lost in the first round of the tournament. Check back all season long for free college basketball picks at Sports Chat Place.

Utah Valley had an uninspiring season in 2019-20 under first-year head coach Mark Madsen, going 11-19 overall and 5-10 in the WAC. The Wolverines finished ahead of just one other WAC team: Chicago State, who went winless in the conference. After a decent 4-3 start that included a strong showing against No. 9 Kentucky, Utah Valley ultimately finished out non-conference play at 6-9.

Utah Valley’s fortunes didn’t change once the WAC games rolled around, and the team would only win consecutive games once throughout the rest of the year. The Wolverines’ final game against Chicago State and their shot at the WAC Tournament were cancelled to finish the year on a down note.

The Wolverines have a complete starter turnover this season, so we’ll be seeing new faces in key roles. Senior wing Jamison Overton (7.2 PPG) and junior Trey Woodbury (7.2 PPG) figure to be big pieces in 2020-21.

Over on the Stanford side, all things considered they did pretty well in a tough Pac-12, going 9-9 in the conference and 20-12 overall. The Cardinal rolled through the schedule to a 15-2 start, but a 1-7 run afterward tempered the team’s expectations. Once the Pac-12 Tournament rolled around, Stanford lost in the first round to California 63-51.

The Cardinal will look for more consistency this season, and try to recapture that hot start they had in 2019-20. Tyrell Terry and his 14.6 PPG have departed, but Stanford still has a nice group of scorers. That includes Oscar da Silva, who posted 15.7 PPG last year with 6.4 RPG. Spencer Jones (8.8 PPG) and Daejon Davis (8.8 PPG) will provide some added depth.

PICK: I’m going Stanford. In addition to returning a key group of players this season, the Cardinal have some nice incoming freshmen to bolster the ranks. Ziaire Williams is a consensus top five recruit and if all goes well he’ll have one big year for Stanford before he heads to the NBA. I like the Cardinal to have another solid season and make the NCAA Tournament for the first time since 2014, so they should be just fine in this one.