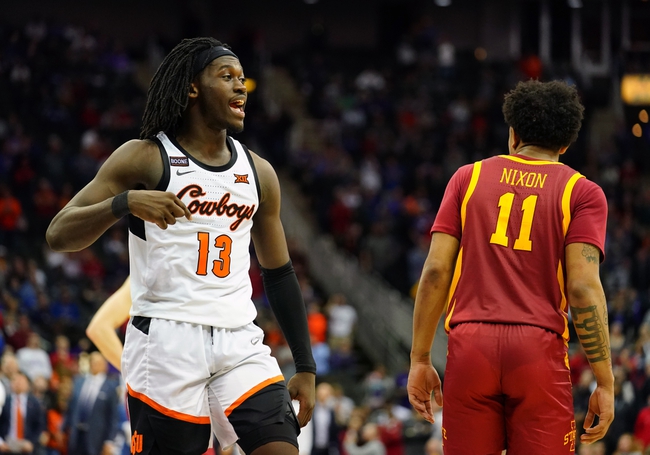 The Oklahoma State Cowboys and the Texas-Arlington Mavericks face off on Wednesday in a college basketball showdown at the College Park Center.

There are some very good things happening with this Oklahoma State Cowboys program, and there are some really bad things. The good news is they have Cade Cunningham who was the number recruit in the country, but they have a postseason ban because of NCAA violations. Cunningham comes from Montverde Academy and as a senior he averaged 13.9 points, 6.4 assists, and 4.2 rebounds per game. Even with the postseason ban, 11 of the scholarship players have decided to stay with the program. Oklahoma State is going to be a very young team and players like Kalib Boone and Avery Anderson are going to need to step up. Last season Anderson averaged 4.2 points, 2.1 rebounds per game. All eyes on this game will be on Cunningham who could be a game changer for this program.

On the other side of this matchup is UT-Arlington Mavericks who finished last year with a 14-18 record and during conference play they went 10-10. The Mavericks were a talented team, but they were a small team and not having a big man really hurt them for a lot of the game. Grayson Carter was on the team last year, but he had to redshirt. This season the 6-9 center is expected to be able to play, and he should be a game changer for the team. Frendelin De La Cruz is a freshman who also should have a big impact, especially with the rim protecting. In terms of offense, the best player for Texas Arlington will be David Azore who averaged 14 points, 4.8 rebounds, and 3.7 assists per game.