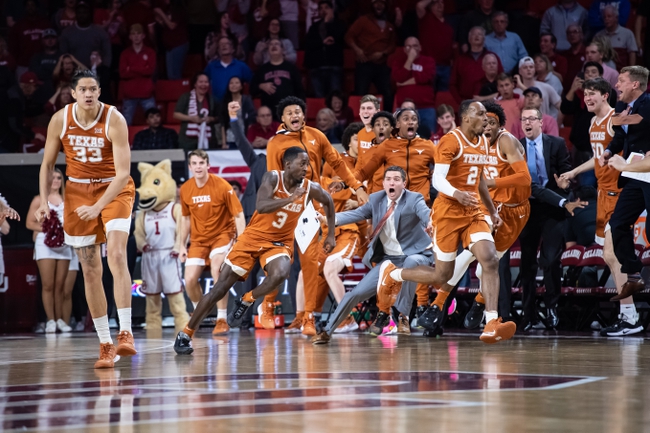 The UT Rio Grande Valley Vaqueros are coming off a 14-win season and ended it winning eight of their last 10 games. UT Rio Grande Valley lost its top-two scorers from last season, but Javon Levi returns after average 11.4 points and eight assists. Quinton Johnson II returns after averaging 7.9 point and 3.1 rebounds while Chris Freeman played 19.7 minutes per game in 26 contests. The UT Rio Grande Valley Vaqueros will have to find consistent scoring to take some of the pressure off Levi, but they have some solid guard play and have enough experience to be effective this season.

The Texas Longhorns won 19 games last season and ended it winning five of their last six tries. Texas returns its top player in Matt Coleman III, who averaged 12.7 points and 3.4 assists in 33.6 minutes. Andrew Jones returns after averaging 11.5 points and 1.9 assists while Courtney Ramey averaged 10.9 points and 3.9 rebounds. Throw in players such as Jericho Sims and Jase Febres, and Texas has pretty much all of its key contributors back from last season. We’re going through weird times and this is sure to be an odd season, but there’s no doubt this is the best team Shaka Smart has had since coming to Austin. The Texas Longhorns are a legit threat to win the Big 12 for the first time since 2008.

The Texas Longhorns were playing their best basketball down the stretch before COVID-19 shut things down, and they return majority of that roster. The same can be said about the UT Rio Grande Valley Vaqueros in terms of their play, but they don't have the scoring depth to scare the bigger teams on their schedule. The Texas Longhorns are the better team here and should have little issues in terms of this game. UT Rio Grande Valley just doesn't have the horses offensively.

I'll lay the chalk with Texas at home.