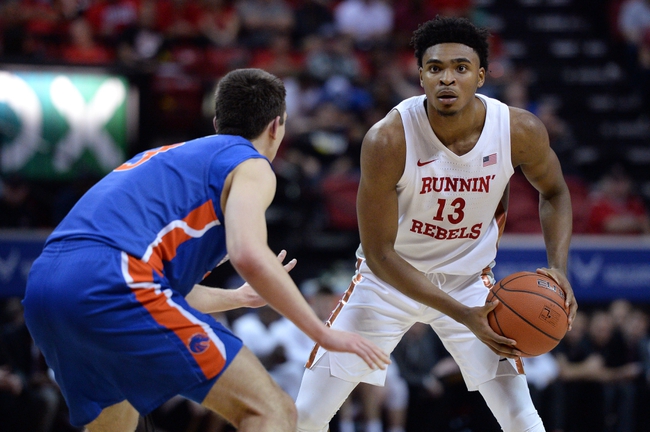 Montana State is coming off a 16-15 record overall last season with a 10-10 mark in Big Sky play. That result left the Bobcats in a tie for fifth place in the conference standings. As for UNLV, they finished 17-15 last season with a 12-6 mark in the Mountain West. The Rebels finished in fourth place in the conference standings at the end of the year. Check back all season long for free college basketball picks at Sports Chat Place.

Montana State came out of the gate pretty well last year at 4-1, but finished off non-conference play with a 2-4 skid. The Bobcats wouldn’t win more than two consecutive games for the rest of the season, and ultimately finished 16-15 overall. Montana State’s bid in the Big Sky Tournament quarterfinals was called off as the season ended with a whimper.

This year, Montana State has some points production to replace, as leading scorer Harald Frey has moved on. Frey finished with 16.6 points per game, 4.6 assists per game and 1.5 steals per game, all team-highs. The good news is that Jubrile Belo is back on the roster after 13.1 points, 6.4 rebounds and 1.2 blocks per game last year.

Over on the Rebels side, they had some major ups and downs in the 2019-20 campaign, and opened the season at just 4-8 overall. UNLV would go on to win seven of their next eight games, then lose five of the next six. When the dust settled the Rebels were 17-15 overall after a Mountain West Tournament loss to Boise State 67-61.

This season there’s good news on the offensive front for UNLV, as top scorer Bryce Hamilton returns to the roster after 16.0 points, 5.5 rebounds and 1.4 assists per game last season. Amauri Hardy (14.5 PPG) has moved on however, as has Elijah Mitrou-Long (12.6 PPG).

PICK: I’m going to go with UNLV, but probably staying away. The Rebels have some scoring roles to fill and some significant turnover, but the good news is that they’ve got a pretty good crop of young talent behind them. Senior Cheikh Mbacke Diong will be back under the boards and looking to improve on his 7.9 rebounds per game last year, so UNLV should still have plenty of experience on the court. It’ll be interesting to see how the team operates here.