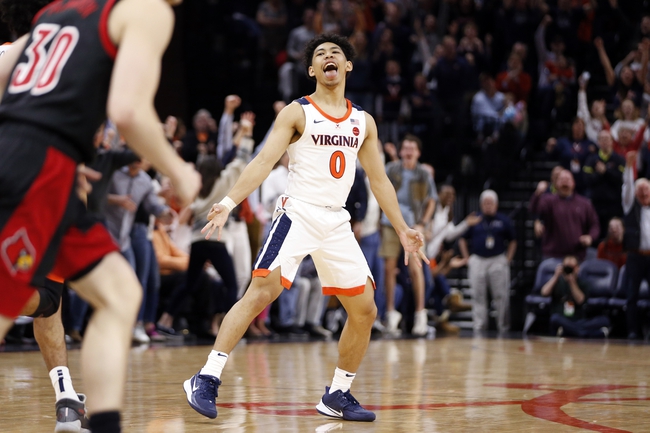 The Towson Tigers won 19 games last season as well, which includes wins in six of their last eight games. Jason Gibson returns after averaging 8.4 points and 2.1 assists while Juwan Gray averaged seven points and 4.3 rebounds. Nicolas Timberlake averaged 19.8 minutes per game last season and Solomon Uyaelunmo averaged 3.5 rebounds in two games. The Towson Tigers lost their top-three scorers from last season, including a two-time second-team All-CAA secretion in Brian Fobbs. Towson may have some early struggles out of the gate and adjustments will need to be made, but Gibson has legit potential after shooting 36.6 percent from deep as a freshman.

The Virginia Cavaliers won 23 games last season and ended the year on an eight-game winning streak. Kihei Clark returns after averaging 10.8 points and 5.9 assists while Jay Huff returns after averaging 8.5 points and 6.2 rebounds. Tomas Woldetensae is back after averaging 27.1 minutes per game last season and Casey Morsell played in 21.8 minutes per game last year. The Virginia Cavaliers return enough depth from last year to be effective out of the gate, and they have a great recruiting duo in Jabri Abdur-Rahim and Reece Beekman to help as well. No matter the players on Virginia, the Cavs have a system and a great coach in Tony Bennett that’s allowed them to win 74.3 percent of their games since the 2009-10 season. Virginia is always going to be a tough out in college basketball.

The Towson Tigers lost their top three scorers from last season, which is going to lead to some adjusting and feeling things out. The Virginia Cavaliers and that defense isn't the team you want to go up against when you have some roster issues to figure out. Towson should struggle mightily to score the basketball in this contest and the game should get away from them early.

I'll lay the chalk with the Cavs.