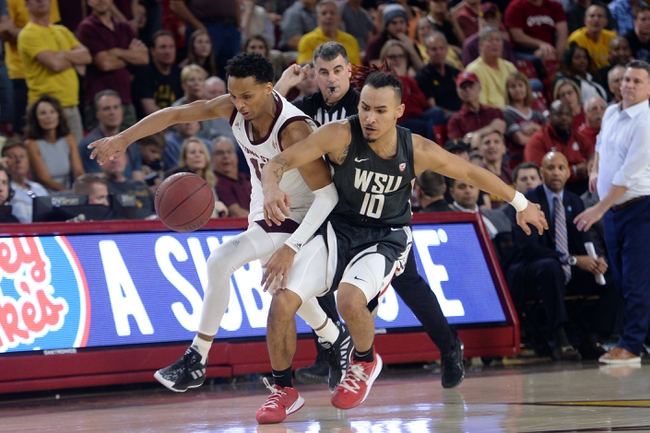 The Texas Southern Tigers won 16 games last season and ended the year winning 12 of their last 17 games. Justin Hopkins returns after averaging 10.5 points and 4.8 rebounds while Yahuza Rasas returns after averaging 9.8 points and 8.2 rebounds. John Jones averaged 24.1 minutes per game last season and Bryson Etienne dished 1.6 assists through 18.5 minutes per game. The Texas Southern Tigers lost their top player in Tyrik Armstrong and two of their top-three scorers, but they have some respectable depth coming back and Hopkins has improved each of his first three seasons in college. Texas Southern was really one of the hotter teams in college basketball from February to March and would have had a serious say if conference tournaments were allowed to play out. It’s going to be interesting to see if Texas Southern can build on those efforts.

The Washington State Cougars finished the year with a .500 record but ended up losing six of their last eight games. Isaac Bonton returns after averaging 15.3 points and four assists while Tony Miller returns after averaging 7.7 points and 3.3 rebounds. Noah Williams averaged 21.7 minutes per game last season and Aljaz Kunc grabbed 3.2 rebounds in 17.5 minutes of play. Washington State lost its best player in CJ Elleby, who was a first-team All-Pac-12 selection last season and a second round NBA draft pick, but they do return a talented guard in Bonton who was his sidekick last season. The Washington State Cougars have enough returning production from last year to be a factor, but they must find some consistent scorers outside of their junior guard. Washington State had issues finding buckets from a third player, and things aren’t going to be any easier with Elleby no longer around.

The Washington State Cougars is the better team here, but they also the lack the depth right now to run to the window and lay big chalk with. The Texas Southern Tigers were one of the hotter teams in college basketball before COVID-19 shut things down, and they have a chunk of that roster returning. Washington State should win, but Texas Southern has the ability to hang around in this contest. Give me the points.