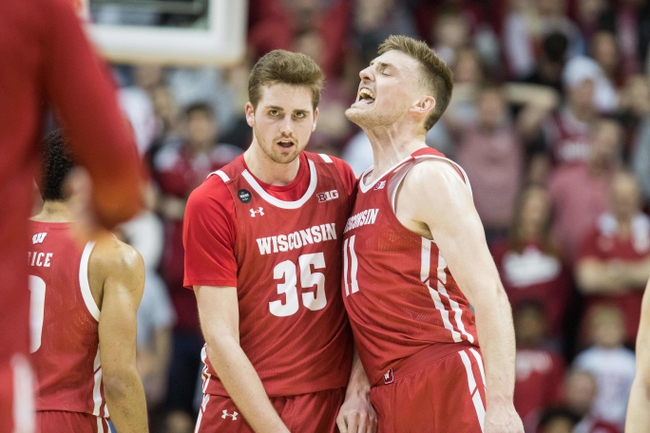 The Eastern Illinois Panthers won 17 games last year and finished the season with wins in five of their last six games. Josiah Wallace returns after averaging 15.6 points and 2.3 assists while Mack Smith averaged 13.4 points and 3.1 rebounds. George Dixon is the third returning double-digit scorer and Deang Deang returns after averaging 3.4 rebounds and three assists. Throw in players such as Marvin Johnson and Jordan Skipper-Brown, and Eastern Illinois has pretty much all of last years team back for the 2020-21 season. Eastern Illinois has to like its chances to compete for the OVC title this season.

The Wisconsin Badgers won 21 games last season and finished the year on an eight-game winning streak. Nate Reuvers returns after averaging 13.1 points and 4.5 rebounds while Micah Potter averaged 10.1 points and 6.2 rebounds. Brad Davison is back after averaging 9.9 points and 4.3 rebounds while D'Mitrik Trice averaged 9.8 points and 4.2 assists. Outside of Kobe King, Wisconsin returns the bulk of last years roster, a team that started to find its form as the season dragged out. Wisconsin also welcomes 4-star recruit in Ben Carlson, who also had overs from Ohio State, Purdue, Iowa and Xavier, among others. The Wisconsin Badgers will be a fun team to watch this season and are probably worth a future bet in terms of winning the national title.

The Eastern Illinois Panthers are far from a pushover and will have a say in the OVC, but I'm not looking to step in front of this Wisconsin squad. The Wisconsin Badgers are a legit top-10 team that should be thinking national title this season, as they check a lot of boxes and have a lot of guys who can takeover at any moment. I'm not sure Eastern Illinois has the horses to compete for 40 minutes.

I'll eat the chalk with the Badgers at home.