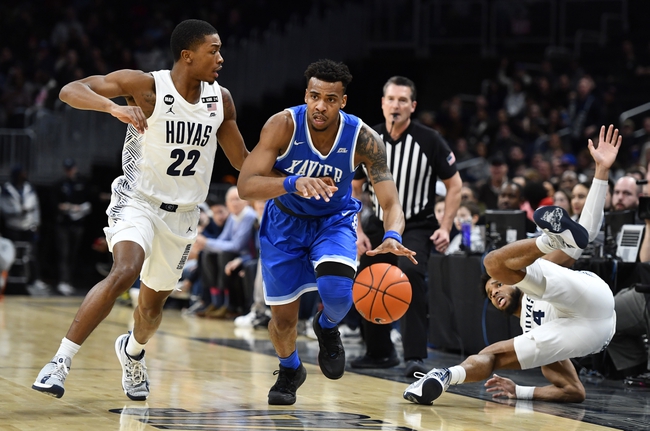 The Oakland Golden Grizzlies are coming off a 14-win season and won six of their last eight games. Rashad Williams returns after averaging 19.5 points and 1.8 assists while Daniel Oladapo is back after averaging 9.2 points and 6.3 rebounds. Kevin Kangu averaged 24.2 minutes per game last season and Blake Lampman average 1.6 assists. The Oakland Golden Grizzlies lost two of their top-three scorers from last season, but they return their best player in Williams who was a force in the 15 games he played. Oakland has been a solid team over the last few years and there’s some athleticism and scoring ability on this roster. Depth may be an issue early, but Oakland isn’t to be slept on this year.

The Xavier Musketeers won 19 games last season but ended the year on a three-game losing streak. Paul Scruggs returns after averaging 12.7 points and 2.9 assists while Zach Freemantle is back after averaging 7.5 points and 4.3 rebounds. Jason Carter returns after averaging 29.4 minutes per game and KyKy Tandy played average of 18.5 minutes per game last year. The Xavier Musketeers lost their two best players in Naji Marshall and Tyrique Jones, but they have a lot of the role players returning. Xavier also has a stacked recruiting class in Dwon Odom, CJ Wilcher and Colby Jones. Xavier is once again a legit threat in the always competitive Big East.

The Oakland Golden Grizzlies a solid program that shouldn't be slept on, but they lost some of the leaders of last years squad and this is a tough season opener to say the last. The Xavier Musketeers have some shuffling to do as well, but they also return some of the depth from last season and have a highly impressive recruiting class to give this team an instant boost. Xavier will be good enough to push the rest of the Big East for a conference title.

I'll lay the chalk with Xavier at home.

The pick in this article is the opinion of the writer, not a Sports Chat Place site consensus.
Previous Pick
Which College Basketball Coach had the Most Losses During Their Career?
Next Pick
Miami-Ohio vs North Dakota College Basketball Picks, Odds, Predictions 11/25/20