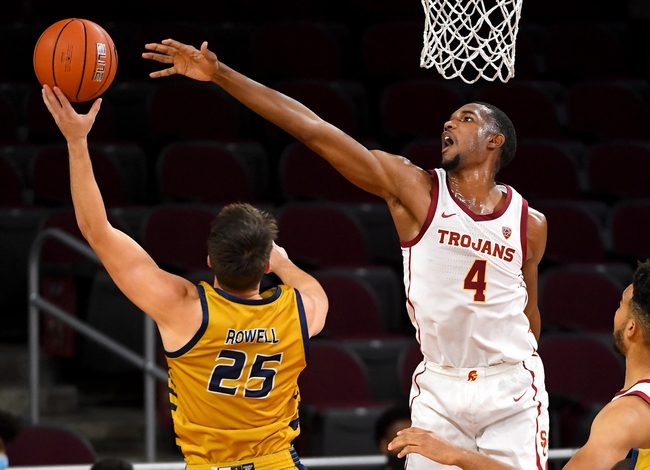 The Montana Grizzlies and USC Trojans meet Saturday in college basketball action at the Galen Center.

The Montana Grizzlies won 18 games last season and lost three of their last four games overall. Derrick Carter-Hollinger returns after averaging 6.7 points and 4.9 rebounds while Josh Vazquez averaged five points and 1.7 assists. Kyle Owens is back after averaging 15.6 minutes per game last season and Mack Anderson played an average of 11.8 minutes through 31 games. The Montana Grizzlies lost their top three scorers from last season, including a back-to-back first-team All-Big Sky selection in Sayeed Pridgett. Montana lost four of its top five scorers overall, putting a lot of pressure on somebody like Carter-Hollinger to become the go-to player on this squad. Needless to say, the Montana Grizzlies could go through some serious growing pains this season.

The Montana Grizzlies make their season debut in this spot and are a team that's going to struggle out of the gate with so much lost production. Montana lost four of its top five scorers, including one of the best players from the Big Sky. The USC Trojans have had a chance to knock the rust off against California Baptist and has offensive firepower for days. This game could get ugly for the Montana Grizzlies.

Give me USC in a beatdown.