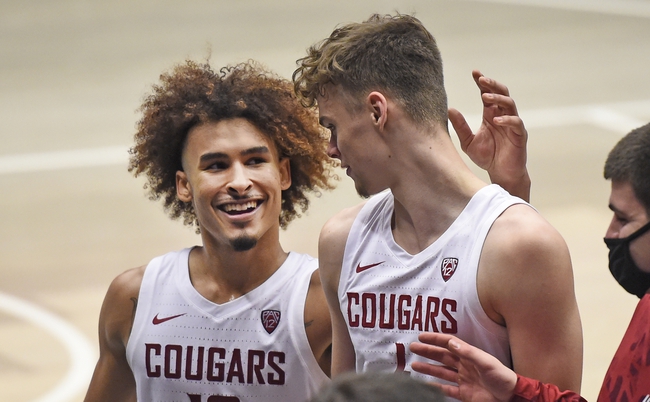 This will be Eastern Washington’s first game of the season. The Eagles managed to go 23-8 last year with a 16-4 record in the Big Sky Conference. As for Washington State, they’re 1-0 this year. The Cougars took out Texas Southern by four points in their first game on Wednesday. Check back all season long for free college basketball picks at Sports Chat Place.

Eastern Washington had a pretty good run last year, going 23-8 overall and 16-8 in Big Sky play. The Eagles earned a regular-season conference championship with that result, and went on a seven-game win streak to finish off the year.

Moving on to the 2020-21 campaign, Eastern Washington is poised to finish atop the Big Sky standings once again. The Eagles get back four of five starters, including Jacob Davison and Kim Aiken. Davison posted 18.4 points, 4.2 rebounds and 2.8 assists per game last year, ranking fourth in the conference in scoring.

Over on the Washington State side, they’re coming off a 16-16 mark last year, with a 6-12 record in Pac-12 play. The Cougars finished second-to-last in the conference standings. Washington State managed a win over Colorado in the first round of the Pac-12 Tournament, but the remainder was cancelled before they could face Arizona State in the quarterfinals.

In their first action of the year on Wednesday, Washington State posted a 56-52 win over Texas Southern. Leading the scoring for Washington State in that one was Isaac Boston on 28 points, seven rebounds and three assists. Also in double-figures there was Aljaz Kunc with 11 points and six boards.

PICK: I’m sticking with Eastern Washington. Granted there were plenty of contributing factors, but Washington State shot just 28.0 percent overall and 17.9 percent from 3-point range in their opening game. The rebounding total was okay (40) but the assists (8) and turnovers (16) were lacking. I think the Cougars score a little better in this one, but with an experienced team Eastern Washington should be able to hit the ground running and cover in their opener.