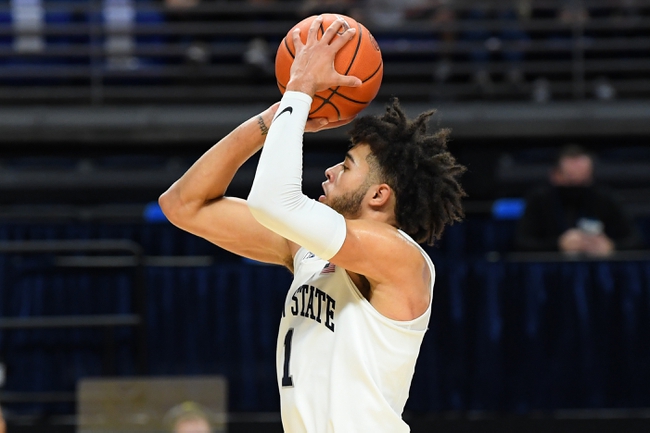 The Penn State Nittany Lions will look to add to their 3-1 record on the year after picking up a 75-55 win over Virginia Tech in their last outing. Izaiah Brockington led the Nittany Lions with 24 points on 10 of 14 shooting with a pair of threes and 8 rebounds while Myreon Jones added 14 points with 4 threes and 3 assists. Myles Dread had 11 points on 4 of 9 shooting with 3 triples and Sam Sessions added 10 points on 4 of 7 shooting with a pair of threes and a pair of blocks to round out the scoring in double figures for Penn State in the winning effort. John Harrar also added 7 points with 6 rebounds as well for the Nittany Lions in the victory. Seth Lundy leads Penn State in scoring with an average of 16.8 points per game while Jamari Wheeler leads the Nittany Lions in assists with 4.8 assists per game and John Harrar leads Penn State on the glass with an average of 7.8 rebounds per game this season. As a team, Penn State is averaging 81.3 points on 44.9% shooting from the field, 37.8% from 3-point range and 73.3% from the foul line while allowing opposing teams to average 71.8 points on 44.6% shooting from the field and 31% from beyond the arc this season.

The Michigan Wolverines will try to remain unbeaten after improving to 5-0 with a 91-71 win over Toledo last time out. Hunter Dickinson led the Wolverines with 18 points on 8 of 11 shooting with a team-high 7 rebounds and 4 blocks in 23 minutes off of the bench while Isaiah Livers added 16 points on 5 of 7 shooting with 3 triples, 6 rebounds and a pair of steals. Franz Wagner added 14 points with 5 rebounds and 4 assists while Austin Davis and Eli Brooks each had 12 points to cap off the scoring in double figures for Michigan in the win. Davis shot 5 of 6 from the floor before leaving due to injury while Brooks added a pair of triples. Mike Smith added 7 points with a team-high 7 assists as well in the victory for the Wolverines. Livers leads the Wolverines in scoring with an average of 16.2 points per game while Dickinson leads Michigan in rebounding with 7.4 rebounds per game and Smith leads Michigan in assists with 5.2 assists per game this season. As a team, Michigan is averaging 86.4 points on 52.6% shooting from the field, 35.7% from behind the arc and 75.3% from the foul line while allowing opposing teams to average 69.4 points on 37% shooting from the field and 33.3% from 3-point range this season.

I get Michigan being favored at home, and maybe I’m being hard on the Wolverines but I’m just not buying into what Michigan is selling this year, almost lumping them in the same category as UCLA and anyone who knows me knows how much is dislike this year’s UCLA team. With that said, Penn State’s more than capable of giving Michigan fits and turning this one into a game and I think we have a battle on our hands from beginning to end. I think this is a 3-point game in best case scenario whichever way you slice it, something in the ballpark of 72-69, so give me Penn State and the points here.